This super simple microwave pudding recipe can easily be customized to whatever flavor you’re in the mood for ~ vanilla pudding, chocolate pudding, or butterscotch pudding. 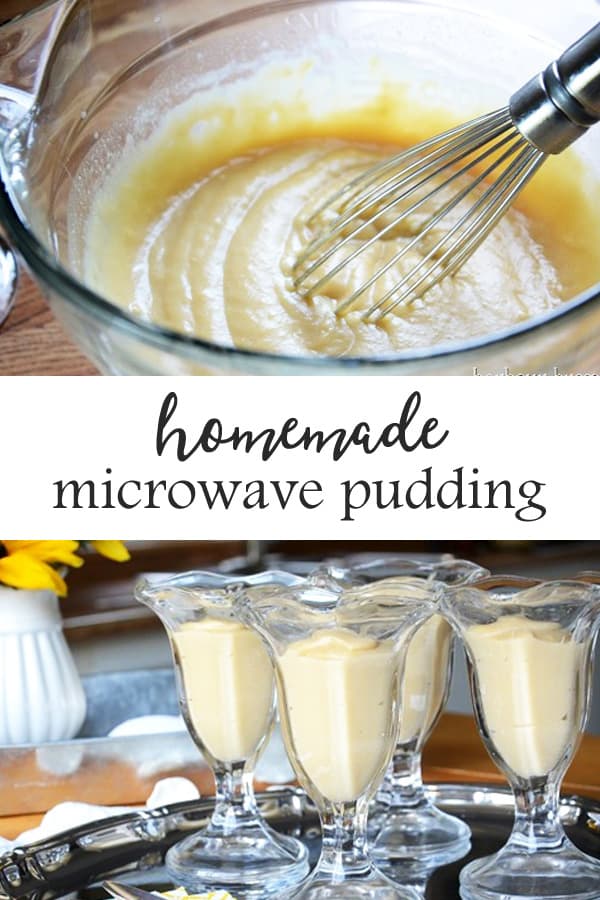 Have you ever had homemade pudding?  Not the from-the-box-add-the-milk-and-whip variety… (Although it’s quite tasty…)

I mean the real deal.

My mom was a pro at homemade pudding.  It was her “go to” recipe for a simple, quick dessert and has become for us a comfort food tradition.

It only takes a few simple ingredients: 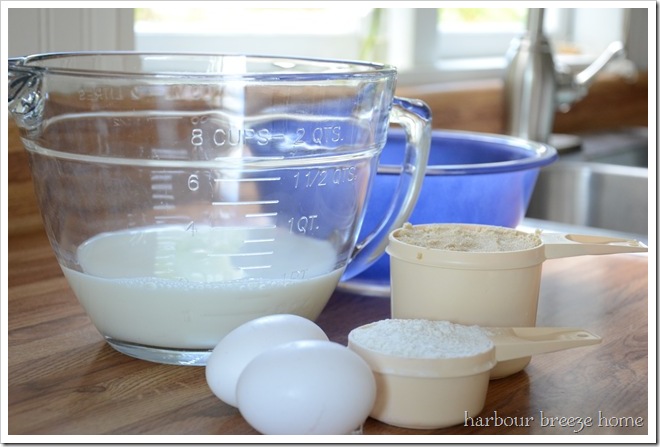 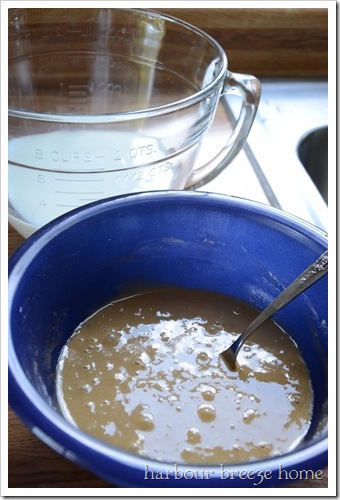 1. Mix together all  the ingredients except the milk while the milk is heating in the microwave.

Mix everything except the milk in a bowl.

Once smooth, pour mixture into milk that has been heated slightly in the microwave. 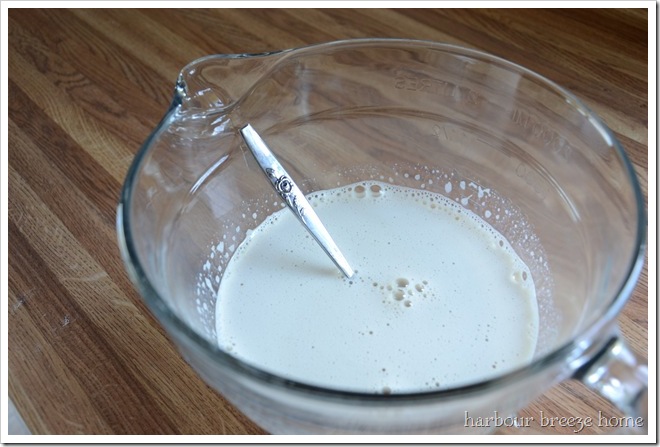 {Remove the metal spoon!}  Place into the microwave and cook in intervals, stirring in between.  {This is where you have to “wing it” a bit.  My microwave is now 22 years old and is on its last leg.  I cooked mine in 2 minute intervals for a total of 6 minutes.  However, the newer model microwaves cook MUCH faster.  You probably want to try shorter intervals.}

The pudding will thicken up and look like this when done: 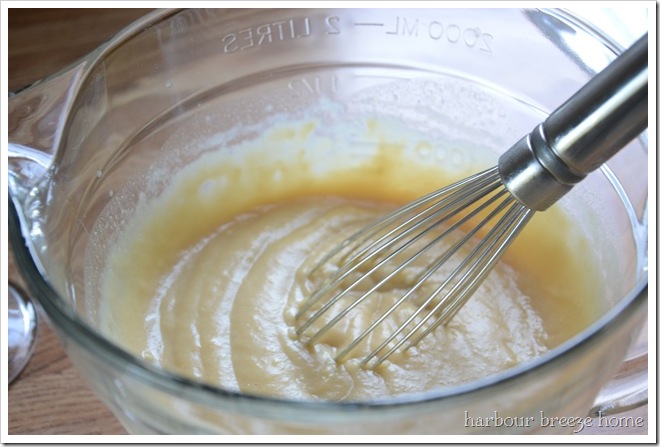 Serve hot or cold in your favorite dishes.

We love to eat it hot, but it’s certainly just as yummy cold. 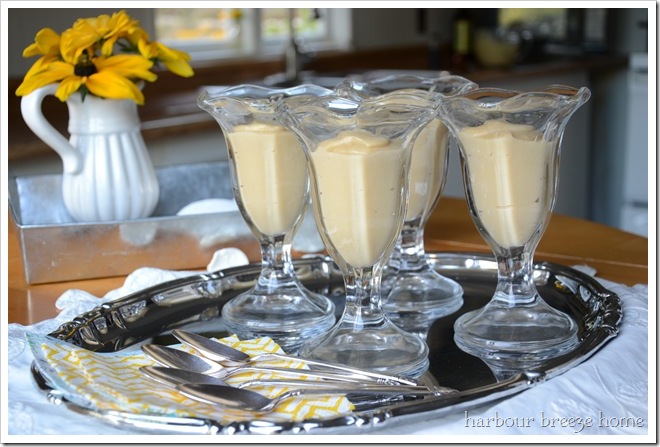 Customize the recipe to make it the flavour you’d like.

This recipe is really fun and easy to adapt to a variety of flavours, too:

How to make this pudding on a stovetop

If you don’t have a microwave, no worries!  I made this for years on the stovetop before my sister-in-law shared this microwave trick with me.  Just remember, heat up the milk slightly first, then add in the pudding mixture. Stir constantly to prevent sticking on the bottom of the pot.

How to use homemade pudding in pies

These pudding varieties can also be used for pies.  Just pour the pudding into a baked pie crust.  Vanilla pudding over sliced bananas makes a divine banana cream pie.

More recipes you may enjoy: 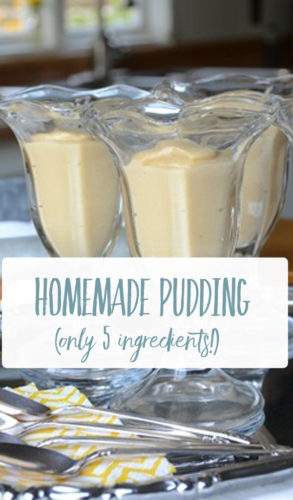 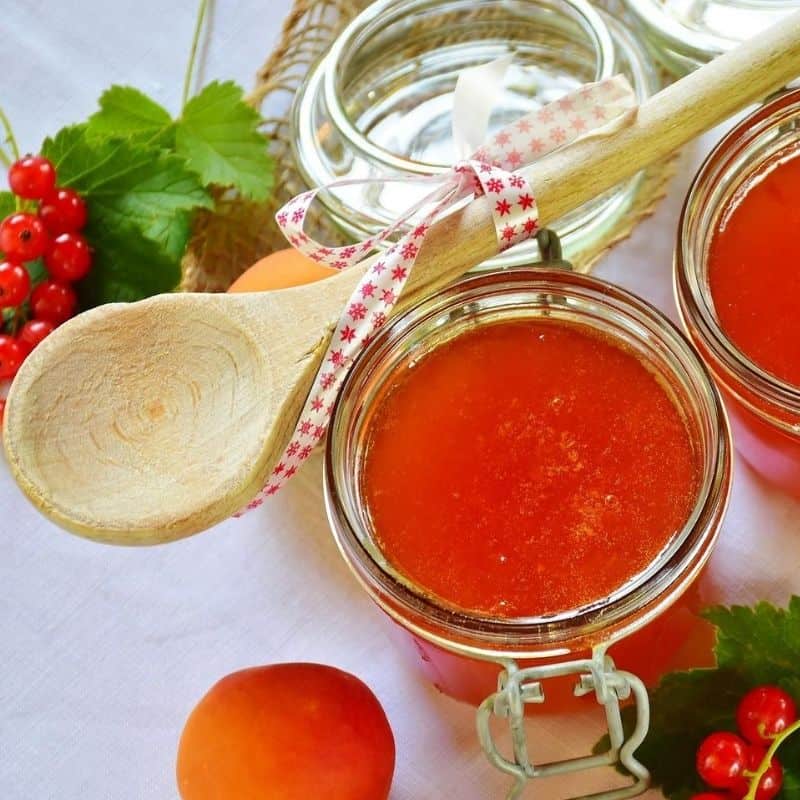 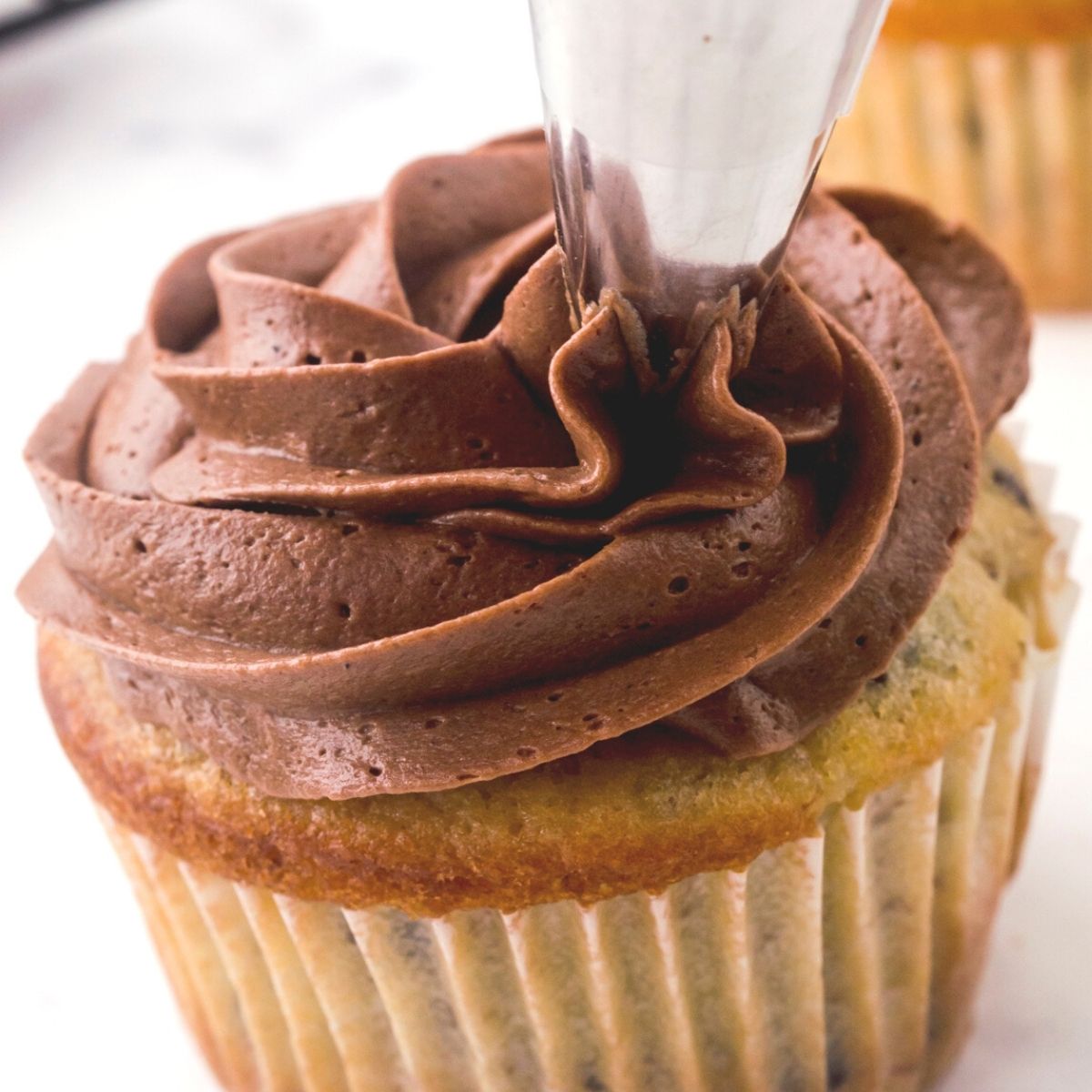 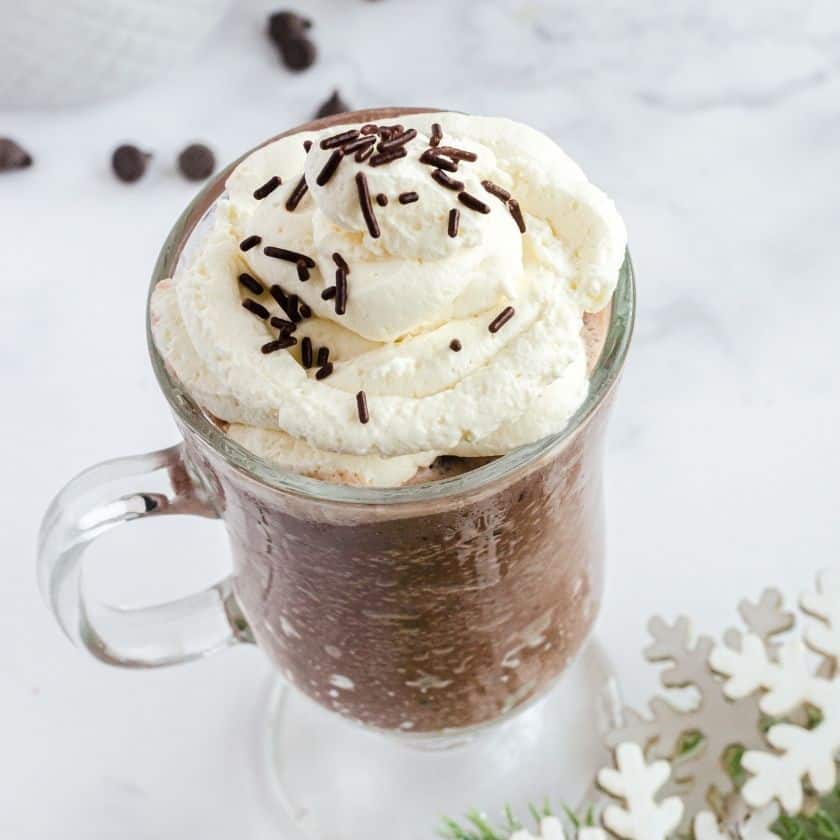 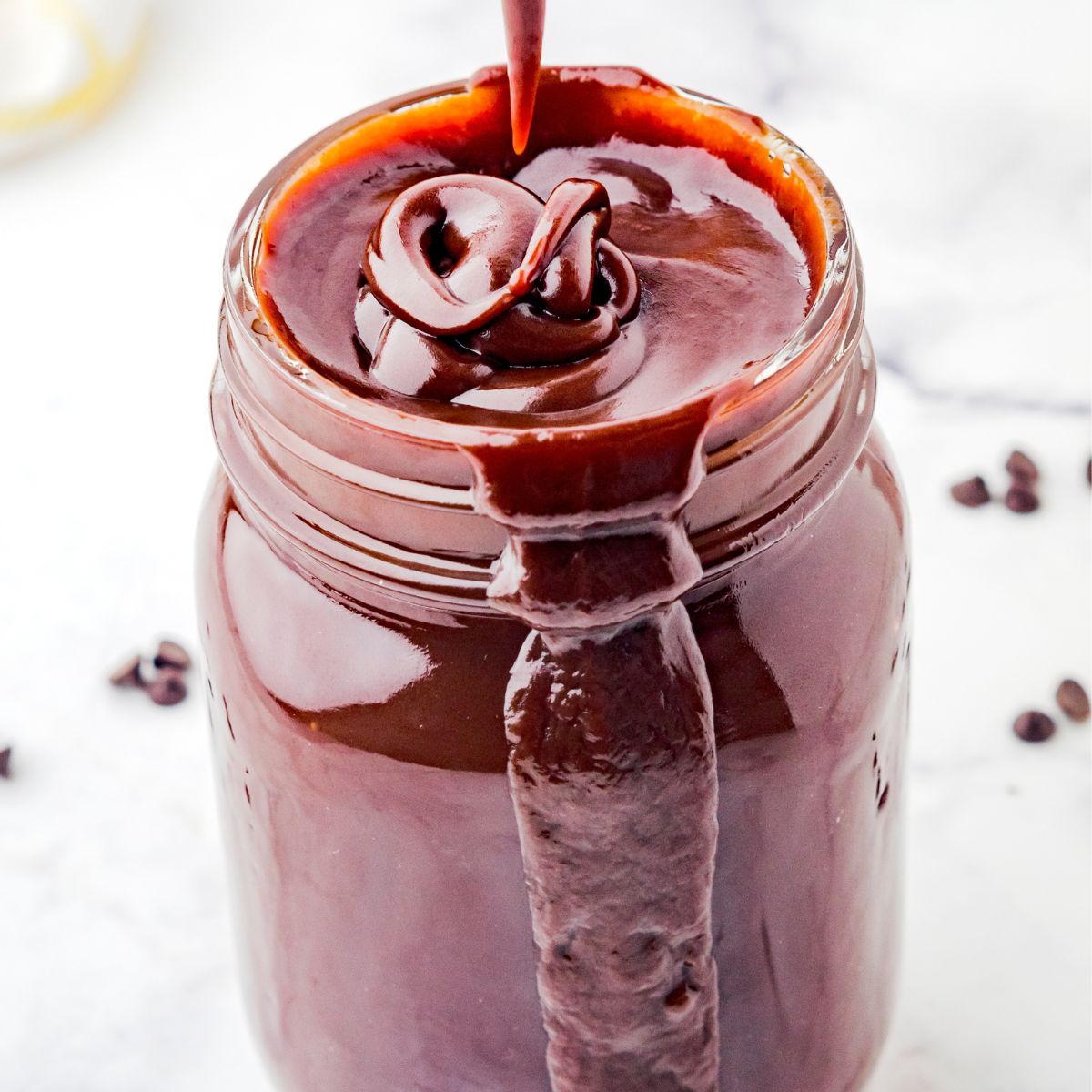