I don’t expect you to know who I am.  After all, it’s been almost 20 years since I last did business with you.

Let me refresh your memory.

My husband has a passion for mountain biking.  The problem was, 20 years ago, he didn’t have a bike.

I wanted to do something about that, so I decided to get crafty and come up with some extra funds.  Little did he know as he helped me craft items for a local craft fair that the Christmas surprise was for him.

I casually asked him one evening how much a bike would cost if we could afford it.

I sewed and painted and crafted my heart out, all the while praying  I would make that goal.

I did…almost to the penny.

My husband was thrilled beyond words, and has laughed over the $350.00 amount ever since.

“If I knew what you were up to,” he said, “I would have given a much higher number!”

For the past 20 years, that Norco Mountaineer SL has travelled many miles. 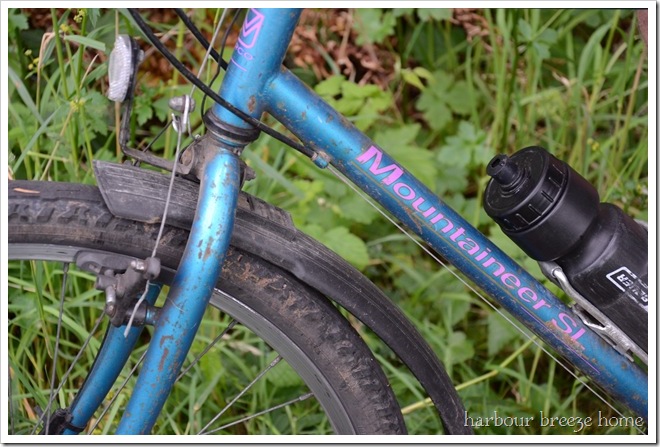 It  toted our first boy, towed our last boy, and even went on one (but only one!) infamous family bike ride.  {Let’s just say I’m not the most athletic of the bunch…} 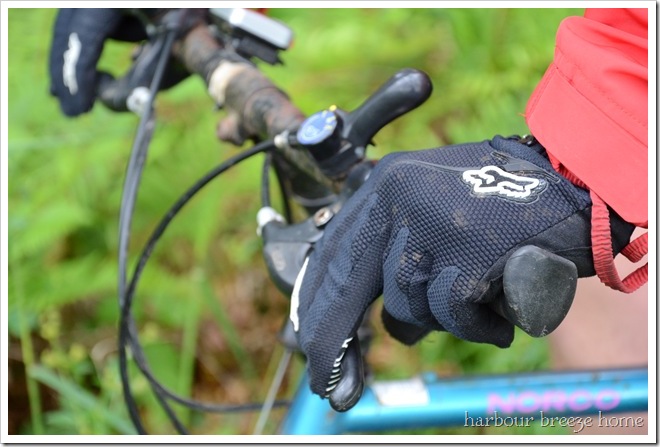 In the past year, my husband has taken up riding in earnest again.  He’s found the benefits not only to his heart, but his sanity, too.  He leaves the house and comes back a few hours later…sweatin’ and smilin’.  I think it’s wonderful. 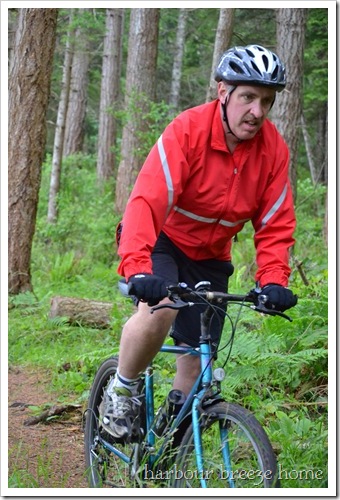 So…again, I set out to purchase him a new bike.  I dug out all the craft supplies and have been painting and sewing and writing on this blog…  All the while, tucking  the money in to the “bike fund”. 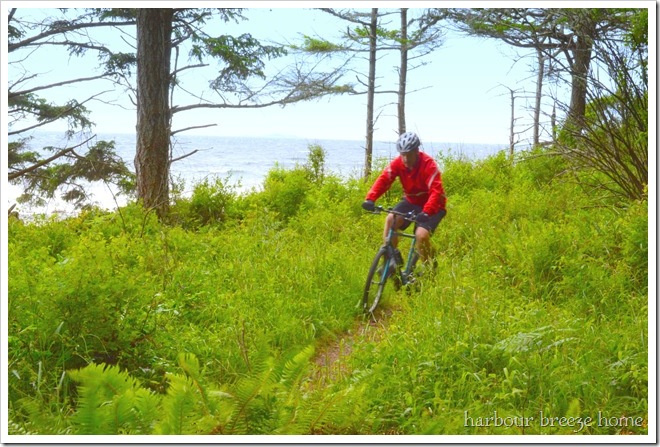 {on the Kay Dubois Trail, Quadra Island, BC}

This time, however, I didn’t keep my husband out of the loop.  I told him early on this year so he could start researching out the bike he wants.

It’s been as fun to watch his excitement as it was to watch our toddler boys with the Sears Christmas Wish Book catalogue. 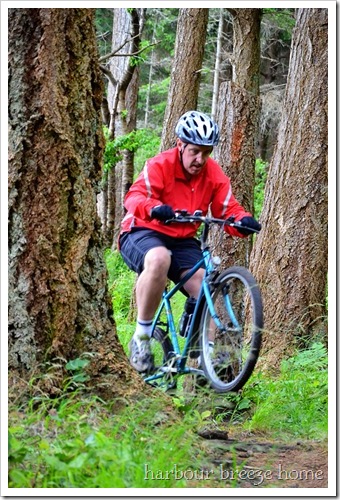 Bike magazines are by the bedside table.  Errands in town include detours to bike shops.  Our conversations have included jargon like front suspension,  hydraulic brakes, and “hard-tail”.

This month was the month.  There was finally enough shekels in the account for the dream bike.

But, you know, sometimes reality collides with our dreams.

The gut-wrenching collision arrived with just one little envelope in the mail.

You guessed it… The “bike fund” is needed to buy car insurance.

So, Dear Norco Bike Company, we’re still anticipating meeting up with you again sometime.  But until that time comes, thank you for building a bike that can last longer than 20 years.

P.S  And to my Mountain Biking Man, I’m so sad that I can’t get you that shiny new bike for a special Father’s Day gift. I hope you know that you are loved beyond words still. Don’t worry, I’ll keep sewing and painting and writing up a storm. Let’s hang in there. Someday, your ship bike will come in.

In the meantime, thanks for humbly and sacrificially enjoying the anticipation part … 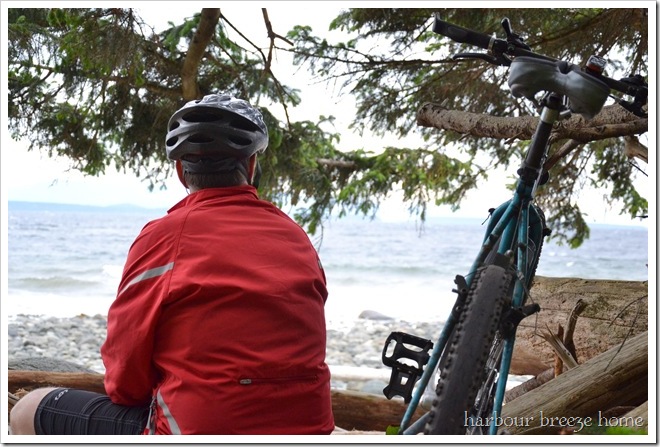