One year we decided to invite our camp staff kids (they’re actually young adults) over to our house for dinner each Sunday night for a month.  It was late Spring and we thought it would be easy to entertain a large group out on our deck.  Silly, silly us.  It rained EVERY Sunday night that month. 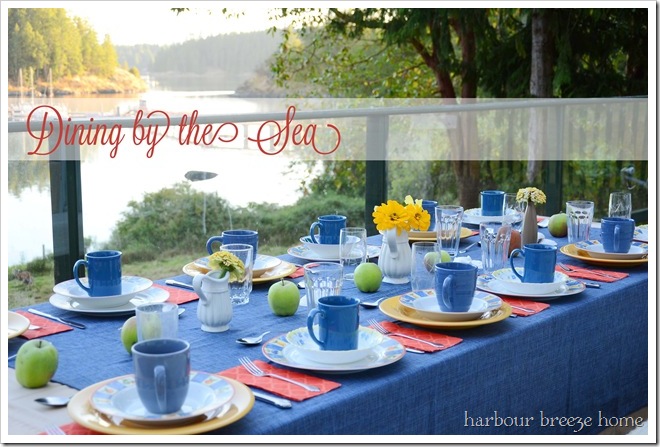 But, this beautiful Fall weather gave me hope to give it another shot.  After we got the “China Dining Room” set up, we decided to go ahead and set up another table  on the deck.  I hadn’t initially planned on doing so, so I didn’t  have any special “accessories” purchased to build the the table around –other than the burnt orange serviettes. 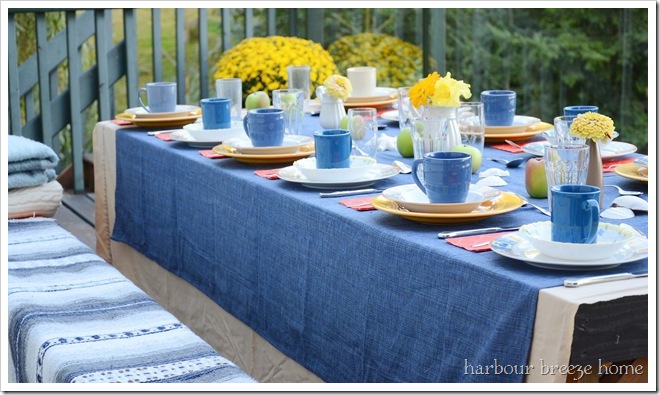 We borrowed the table and two benches from the camp craft shop.  Covering the benches with blankets not only made them softer, they also covered up an awful a very artistic paint job! 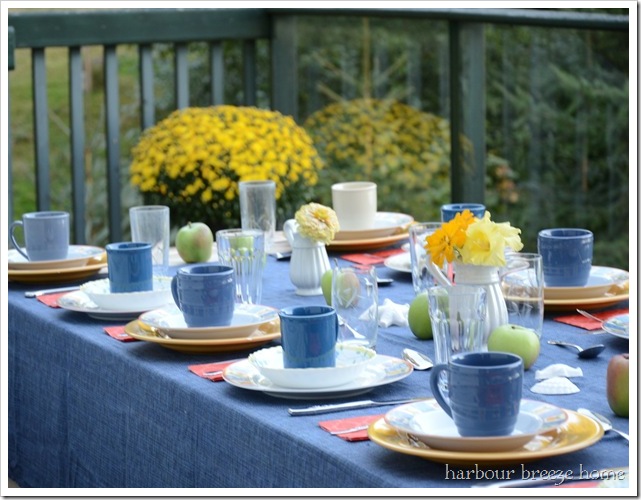 As I quickly grabbed things from my cupboards to use, it was no surprise that yellow and blue became the color scheme ~ 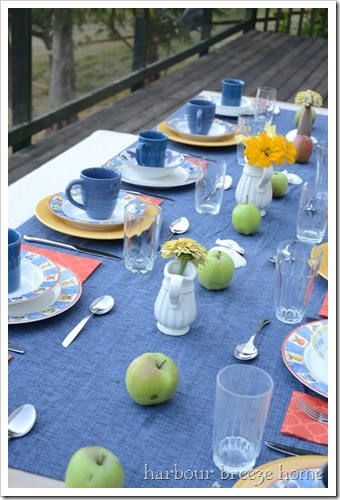 I’ve always thought it is such a delightfully happy color combo.  Green apples, 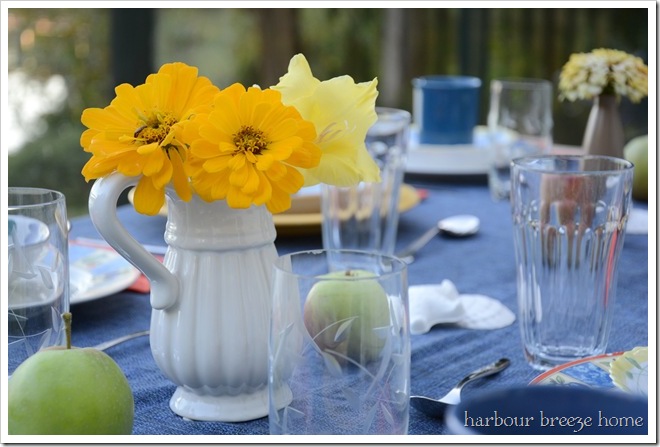 and shells became the table runner… 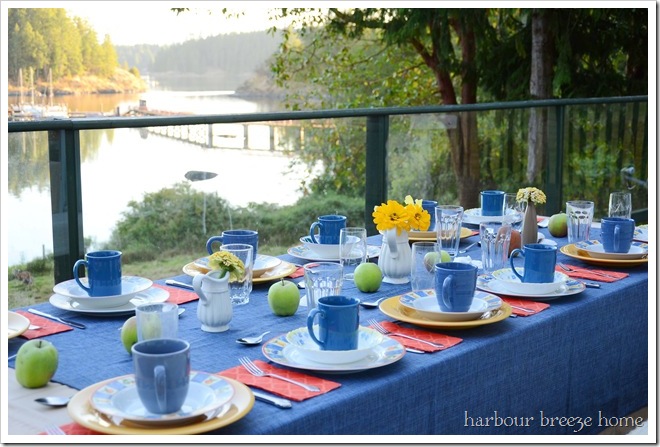 {P.S.  Our party was an appetizer, soup, bun, and dessert potluck.  I made a big batch of White Chicken Chili and lots of coffee.  If I had had to prepare the whole meal for 40, I would have been having a nervous breakdown instead of decorating tables!! 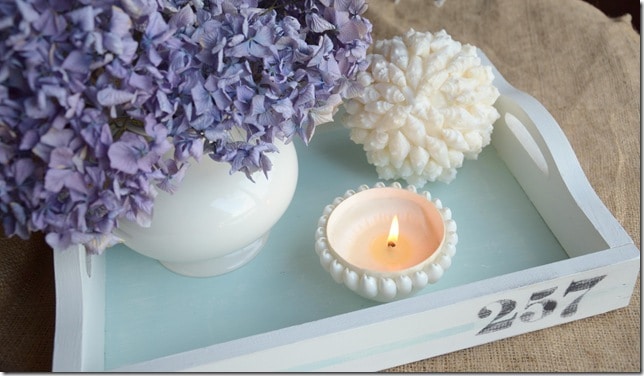 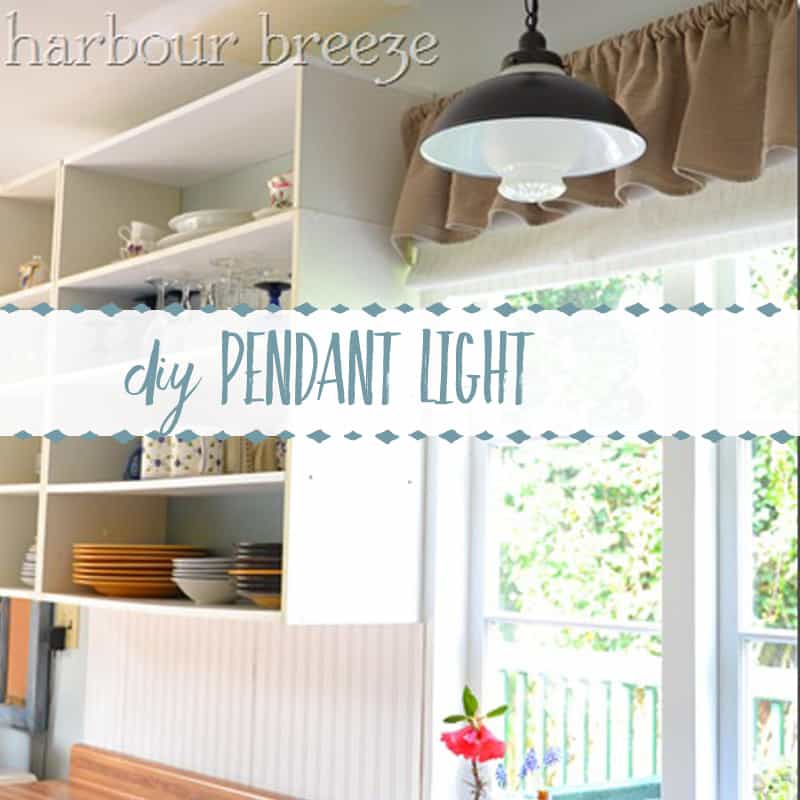