Many guided tours are available when travelling in Hawaii. We chose to join a snorkel trip to Molokini Crater. Get your swimsuits on and come join us!

A guided snorkel trip provides instructions and equipment for first time snorkelers, as well as the opportunity to snorkel in deep water

Before we arrived in Hawaii, it had been highly recommended to us to go on a snorkeling adventure with the Pacific Whale Foundation.  That’s exactly what we did.

They do all kinds of trips, but the one we chose was the Molokini Wild Side Eco-Adventure Snorkel.   Rather than be a part of a group of 150, this boat only took out 35 people at a time.  We chuckled a bit when we first laid eyes on the boat.  The literature had led us to believe it would be a sort of “luxury vessel”.  Although it was certainly very nice, it wasn’t uber plush.  The “on-board shower” they advertised was actually a garden hose!

We left bright and early (7:30 am), and within 15 minutes, we saw the first whale sighting.  Trying to take pictures of them is rather difficult, I find… 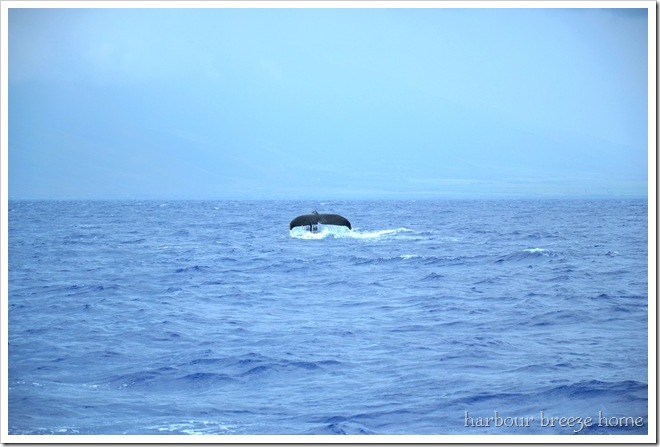 …but, my, is it incredible to watch them so close by. 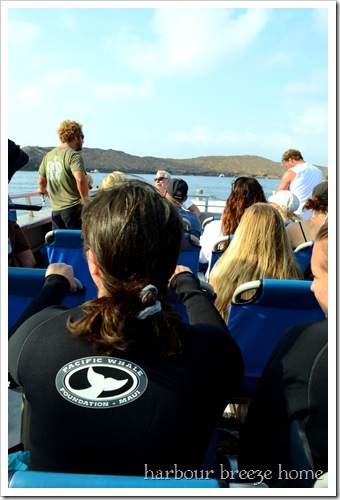 Our snorkel guides gave us great information and history of the area, and they were the ones to explain the whole “vog” in the sky situation to us.  The advantage of having vog while we were there was that there was very little wind ~ and thus, a less rocky boat ride.

We rode out a way until we came to Molokini Crater. 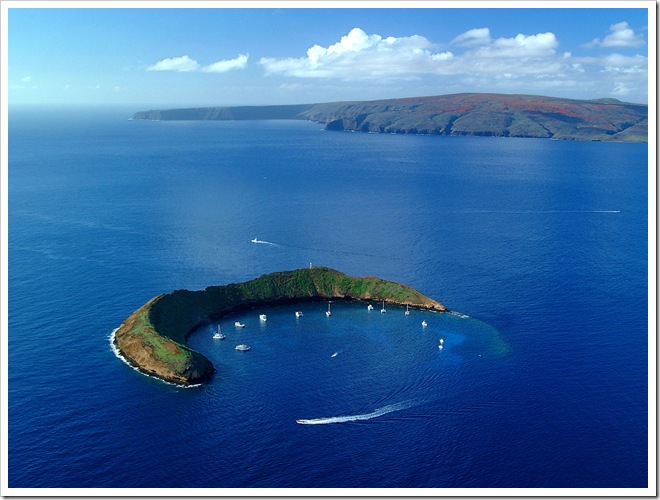 After a short instruction on snorkelling, we were set loose to do some exploring.  It was incredible!  We opted not to rent the 35$ underwater camera, but thanks to google images, here are some of the things we saw: 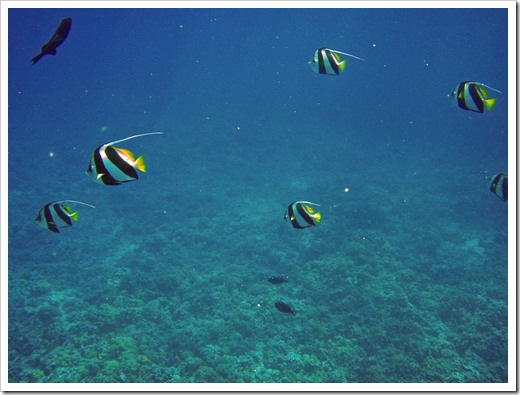 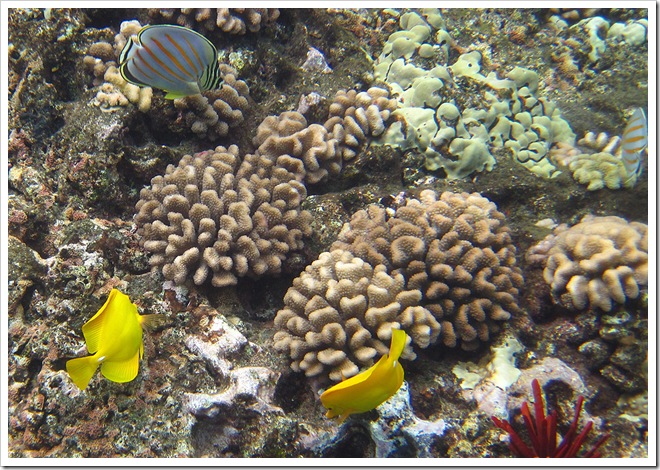 After spending about an hour in the water, we all got back in the boat and went to La Perouse Bay.  There, we were able to swim with the turtles!  It was incredible to see them gliding so effortlessly in the water. 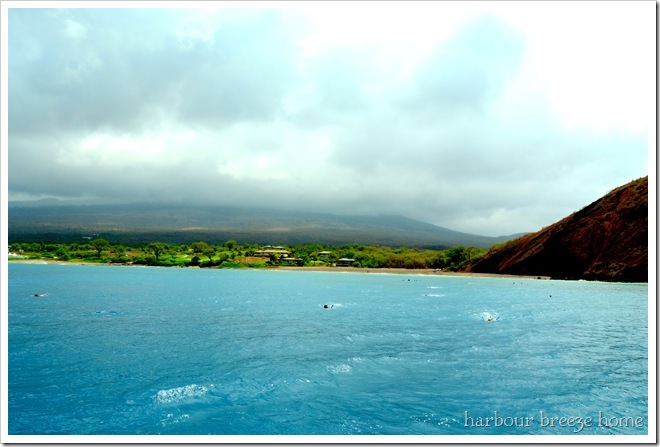 Although the water is much, much warmer than the ocean we live by, I did find after about 1/2 hour in the water for the second time, I was gritting my teeth against shivering.  I headed back to the boat a little early, but Irwin stayed out to the end.  (He is one of those snorkelers in the picture.)  While I was getting warm on the boat, he was swimming with a turtle that came so close, he could have easily reached out and touched it.  {But, he didn’t.  That’s a big no-no!}

The picture above also gives an idea of what the vog in the sky looked like.

An early morning snorkel trip leaves lots of time for exploring Maui in the evening.

Since we started our snorkelling trip so early in the morning, we had a good part of the afternoon and evening left to do something.  We decided to start driving north from our Papakea Resort home and check out some of the beaches there.

We loved what we discovered! 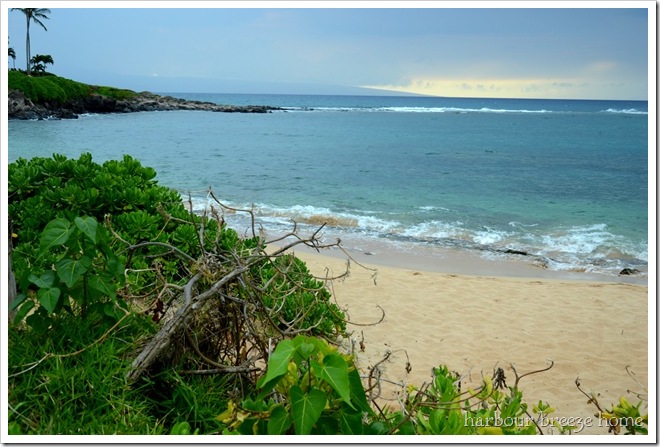 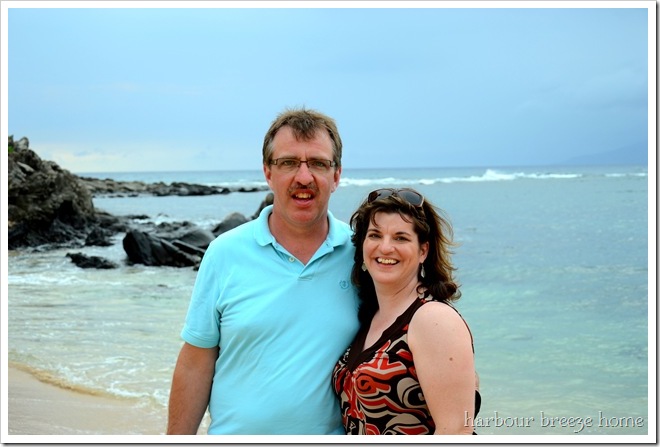 As we walked along, we noticed a fancy-dressed man and a few people on the beach… 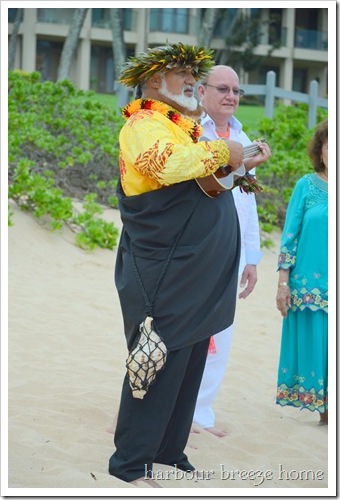 He played his ukelele and sang to them, and blew the conch shell that was hanging at his side. 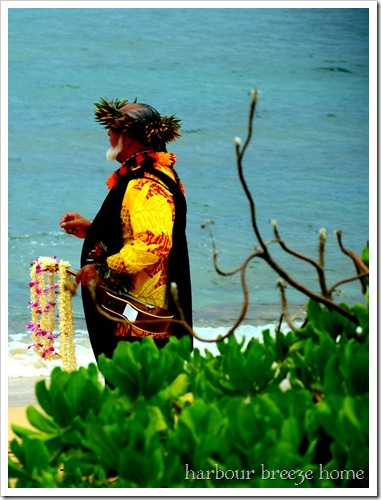 As we walked further on the path, we met a lady sitting with her grand-daughter.  The man I had just photographed was her husband leading a wedding vow renewal ceremony.  We had a delightful conversation with her, and was thrilled to discover later an artist’s painting of that beach that was named “Wedding Chapel Beach”. 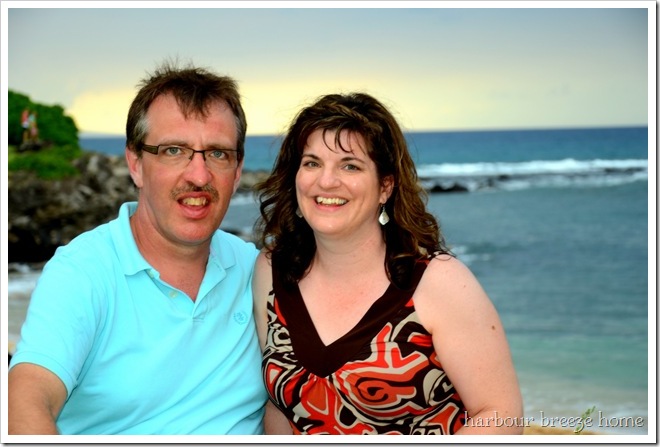 We continued to wander (following the “beach access” signs) and caught a glimpse of Napili Bay. 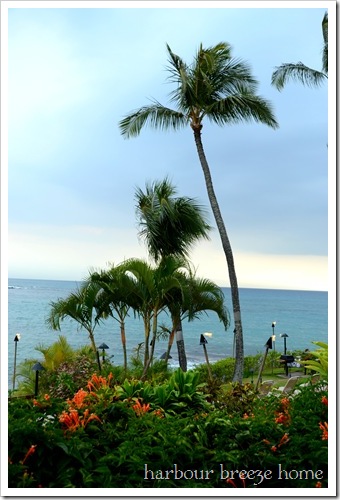 A little further up the road, we found a beautiful bay where the water crashed against a rock.  (Perhaps is it Lipoa Point?)  Irwin was able to get some good shots of the waves crashing:

After a delightfully peaceful evening of beach wandering, we made sure we filled up our little rental car with gas before we headed back to the resort.

Tomorrow morning was going to come early.  We were headed to the airport to catch a 7:30 am flight to Oahu, and we couldn’t be late!

For the other posts on our Hawaii trip, click the links below: 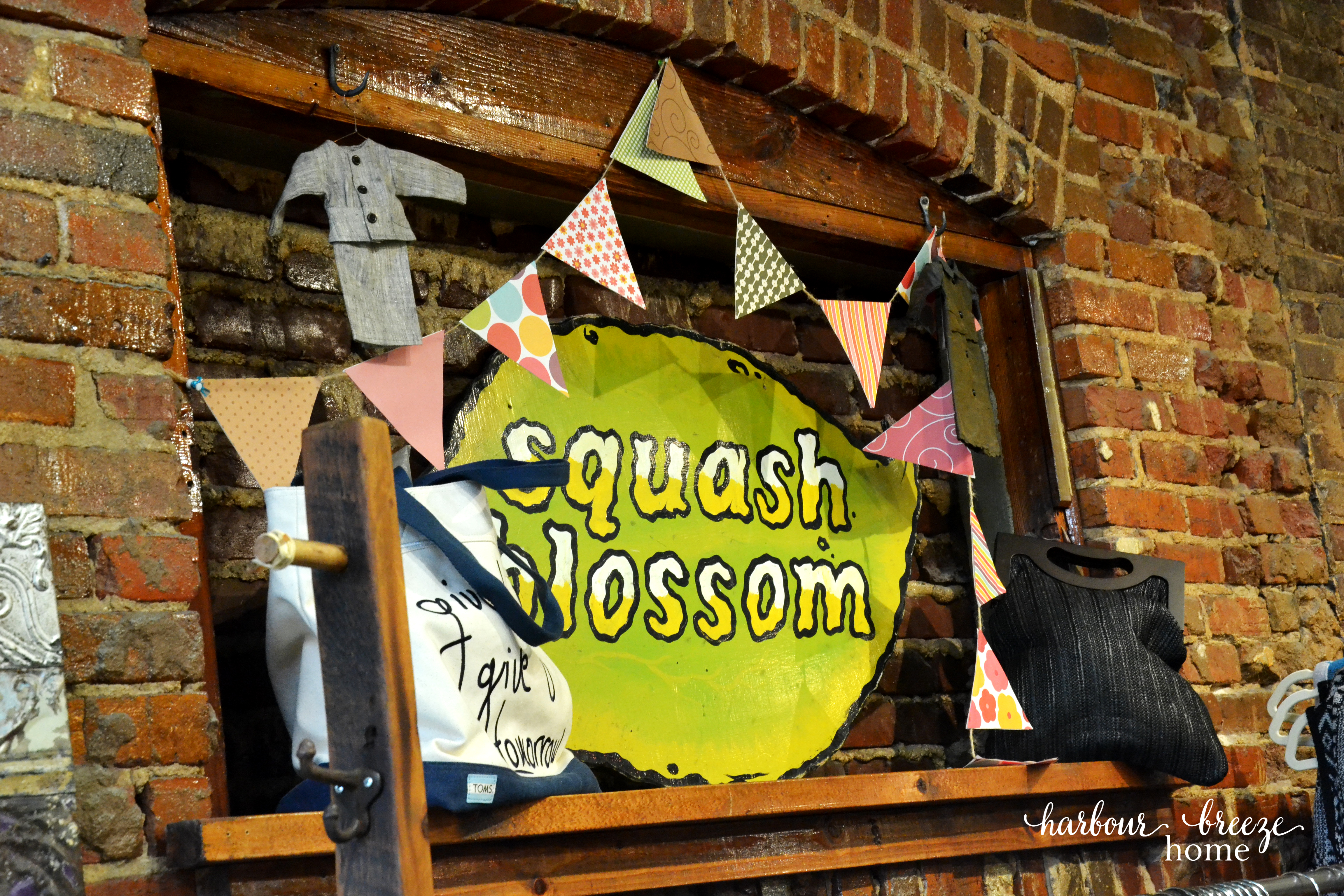