We have a shoe issue at our front door.  Every morning, the first thing I do when everyone is out of the house is take care of this mess… 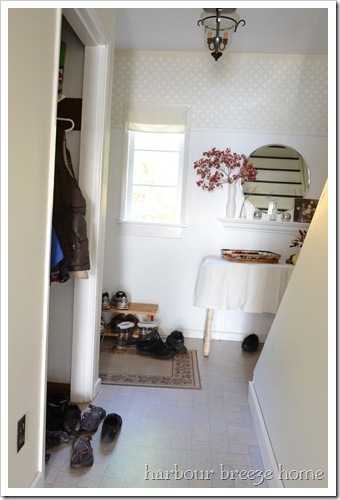 As a little girl, I distinctly remember having a strict rule in our house that we MUST wear shoes at all times.  A visiting missionary couple from Japan informed us that the Japanese took their shoes off at the front door.  I thought that was so funny!…

…Until I moved to Canada and found out they do, too!!

I’ve embraced the idea wholeheartedly, as it cuts down on so much mess being dragged into the house.

{And, as a side note, I’ve also noticed a lot of my American family members now embrace this practice, too.}

But,how, may I ask, do you keep some semblance of order in your shoe situation???

I decided it was time for a new tactic.

Problem number one was the closet… 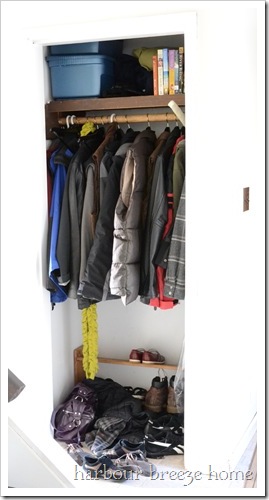 Over the years, it has become a hodge podge of things shoved in, around, and above.  I emptied the whole thing out and found items of clothes and strange objects that I haven’t thought of in years.

I decided to try putting the larger shoe rack in to the space to see if it would work better.  After bemoaning the fact that it was just a tad too wide, I realized I could “jam” it in (gently, but with much force, of course!) and it would become a shelf, with the smaller shoe rack underneath. Now the shoe storage was at the front of the space instead of clear in the back. 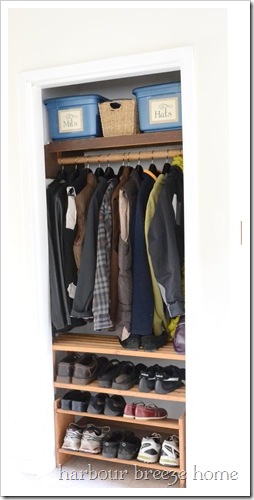 I finally labelled the mitten and hat bins… 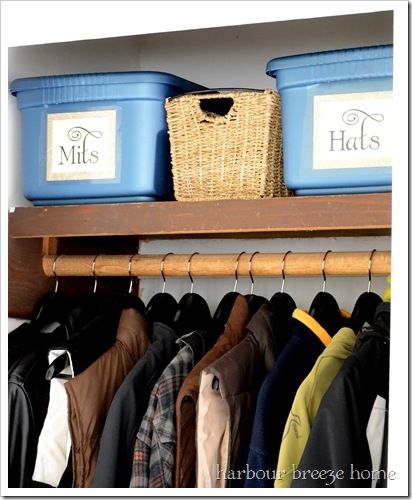 and the center basket is my gardening gloves and pruners.

Now all the shoes should be in one spot.

Do you think it’ll work?? 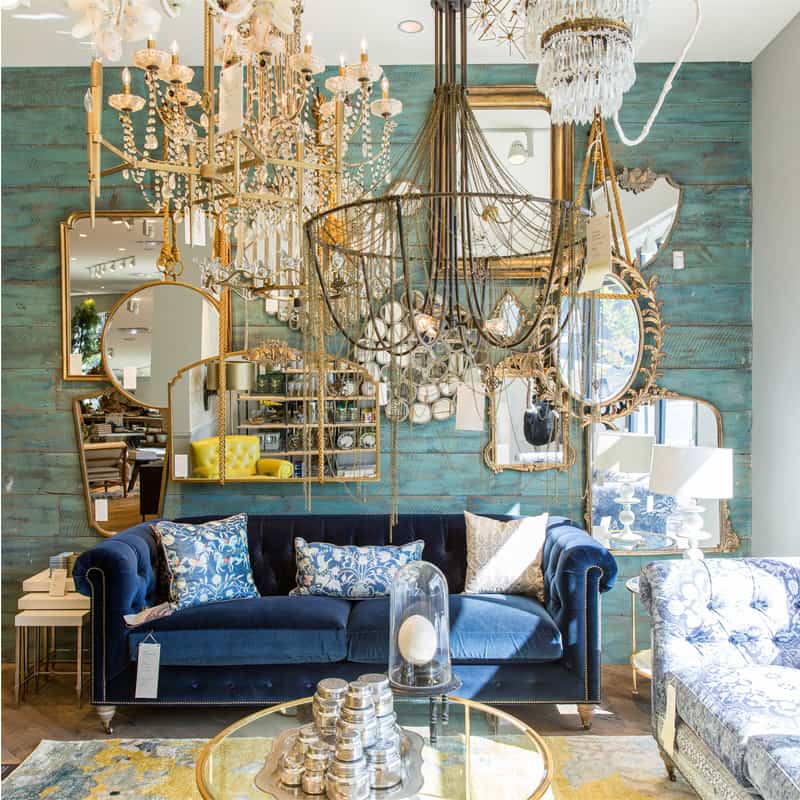 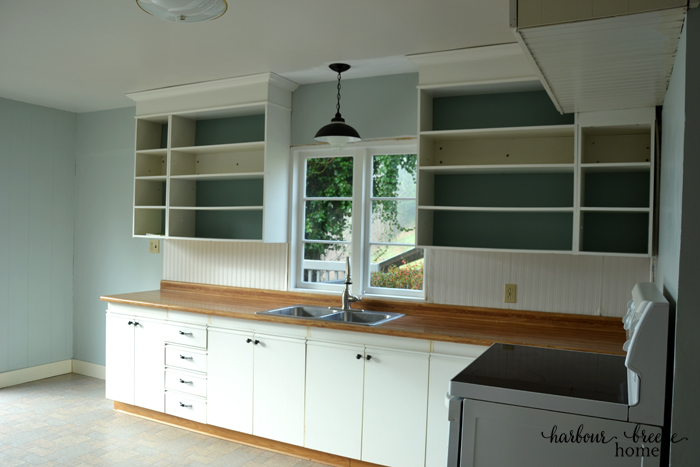 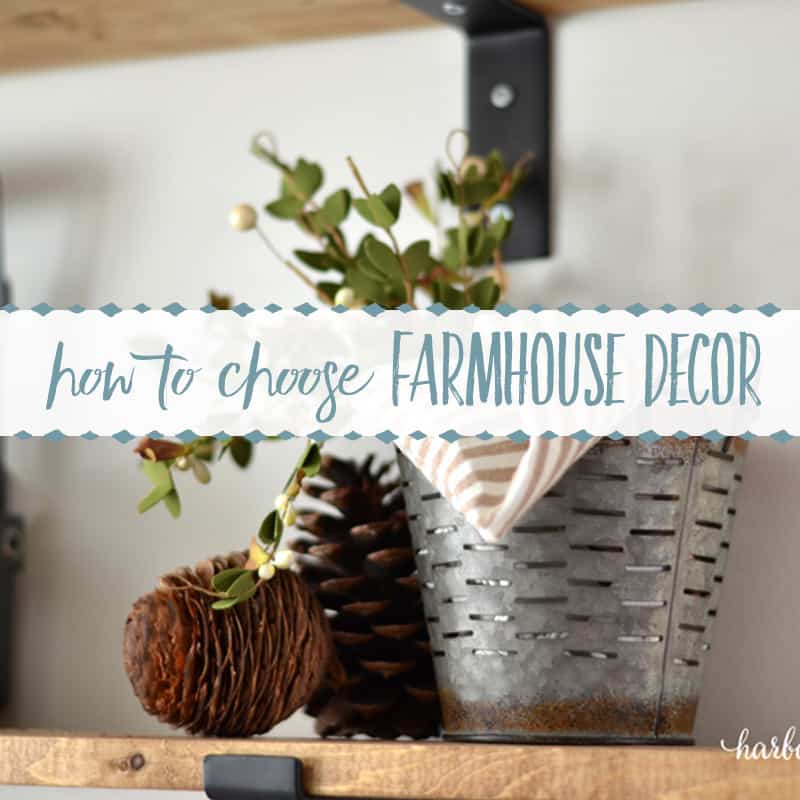 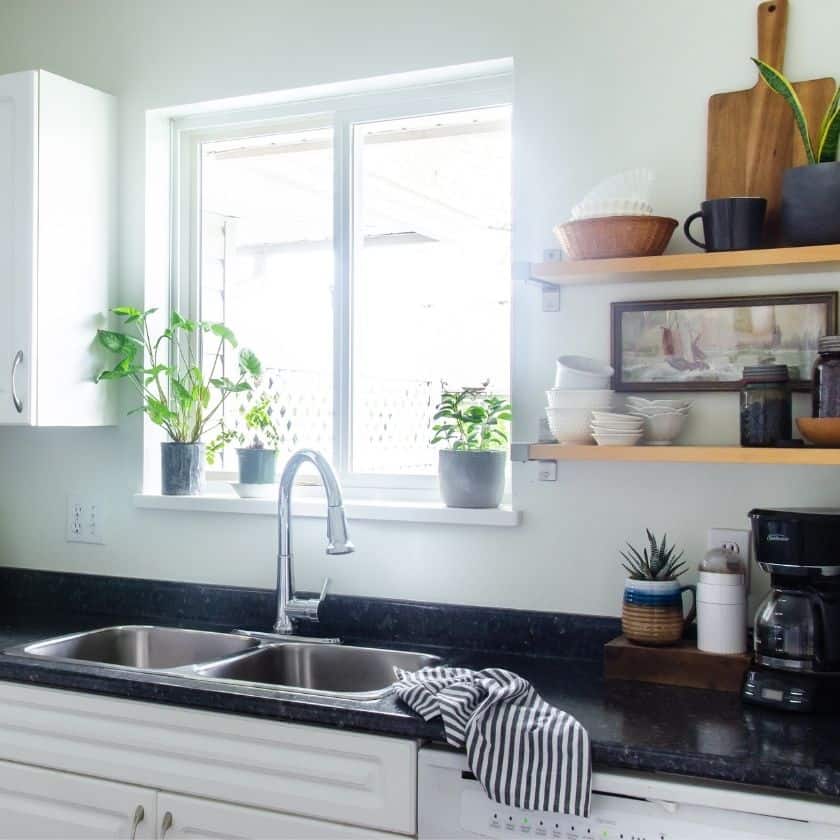