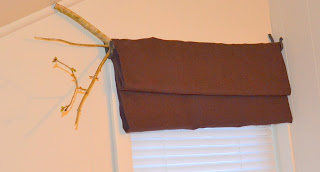 A few months ago, I watched a really fun Nate Berkus show. In it, he had 2 ladies completely decorate two empty rooms…in the time it took to tape the show! Their supplies were limited, but their creativity was incredible. While watching, I noticed one of the ladies made a roman blind-looking window treatment…with only a hunk of fabric and a staple gun!!!

How did she do that? I’ve been wondering ever since… So, I googled “faux roman blinds” and discovered this delightful blog – the Nester. In it, she describes window “mistreatments” – doing window coverings to “look” like the real deal!:) It gave me much needed courage to get started!

We purchased an inexpensive ($1.87!) blind and cut it to fit the tiny window. That will provide privacy, but I wanted to have some “soft” feature as well.
I also knew I wanted to attach Colin’s curtains to a branch (a Pottery Barn idea). I had already selected one that was relatively straight with some twigs off to the side.
I went to my fabric stash and found some chocolate brown linen I’ve had for about 3 years. (No, I don’t know how big it was…)
I folded it in half and ironed it.
Then held it up to the window and measured how wide it needed to be and ironed the other side. Voila! Two lovely edges without the sewing machine! 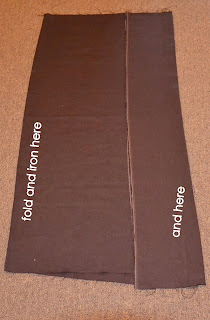 I cut the top and bottom edges so they were both straight. Then, using a staple gun, I stapled down the top edge of the fabric to the back side of the branch. 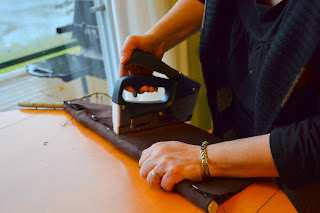 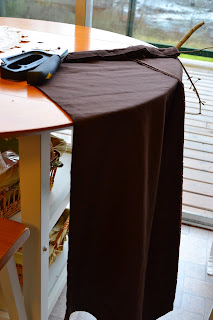 Then I folded the bottom edge up to the top and stapled it there, too. 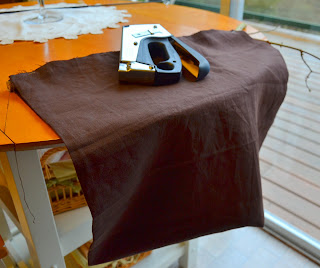 This is where it gets a bit hard to explain…Stay with me. I played around with the fabric until I had 2 “layers” of pleats on the front, with the bottom one hanging down about 4 inches lower than the upper one. 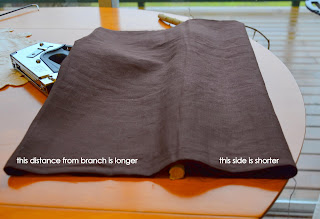 I then flipped the bottome (longer) layer completely over the branch and stapled. 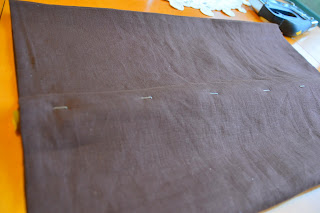 Then put it back down, covering the staples I had just put in.
This is the completed back side. (If I had been a teensy bit more careful, I could have covered up that one row of staples with my last staples…) 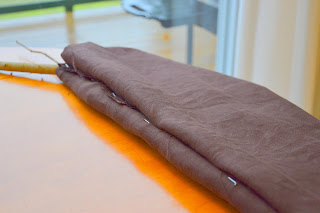 And here is the front. 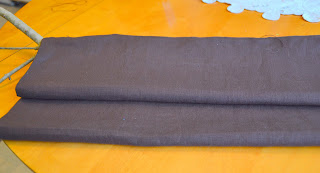 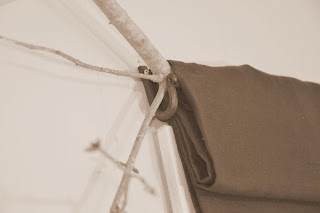 I hung them from some old wrought iron hooks I bought years ago at a clearance sale. 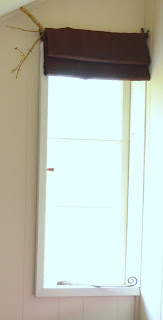 There it is…my first roman shade window (mis)treatment!
I linked up to Between Naps on the Porch and My Uncommon Slice of Suburbia today. There are some amazing before and after projects on both of those sites!
0 shares 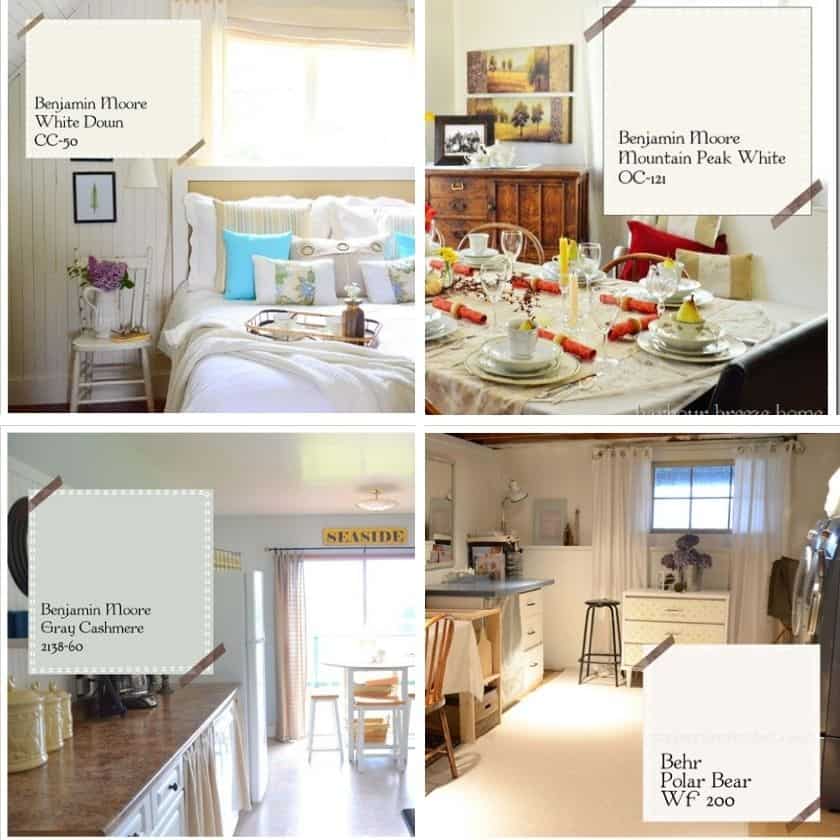 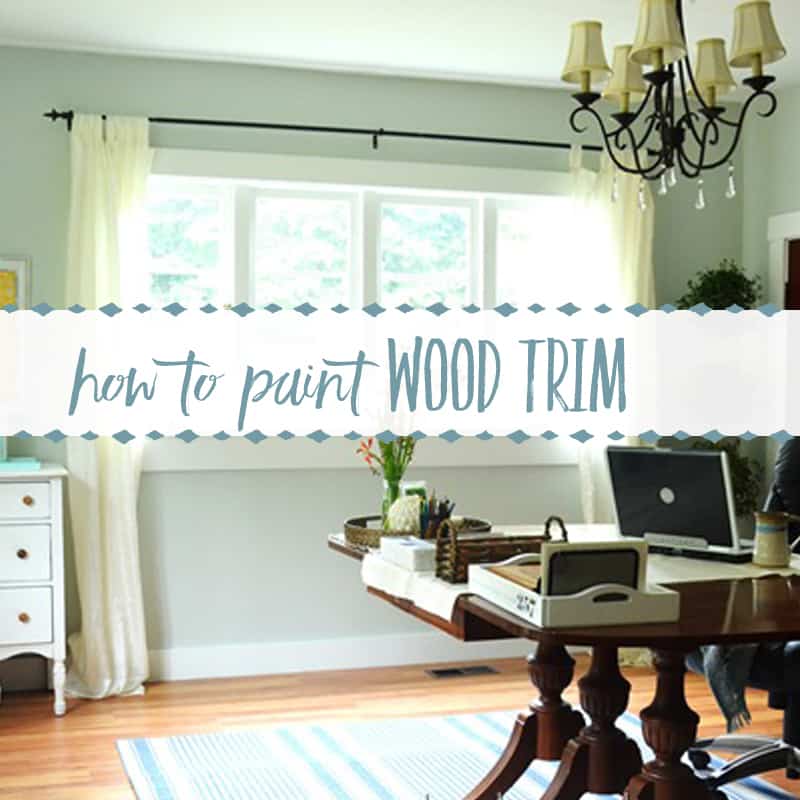