These bacon wrapped stuffing bites can be used as a side for turkey dinner, or as a bacon wrapped appetizers. Either way, they’ll be a hit!

Step 1: Prepare the stuffing the way you prefer. 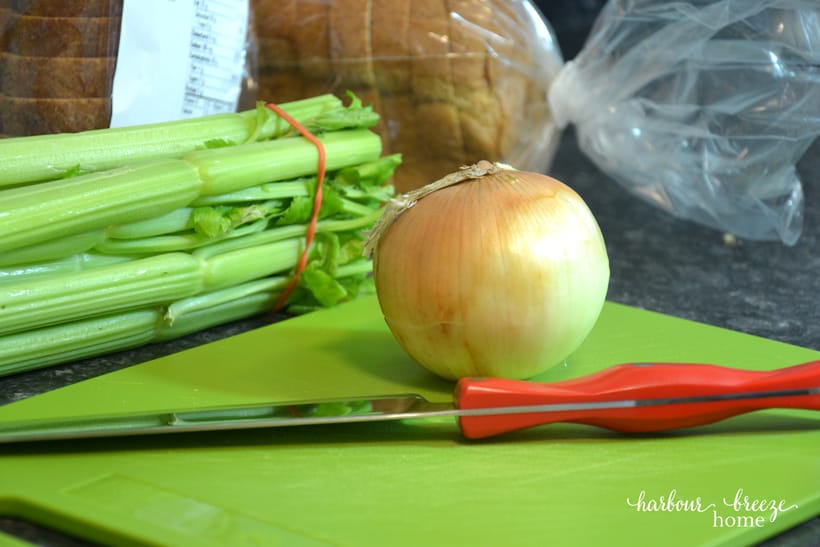 If you don’t have a favorite way or recipe, here’s mine: 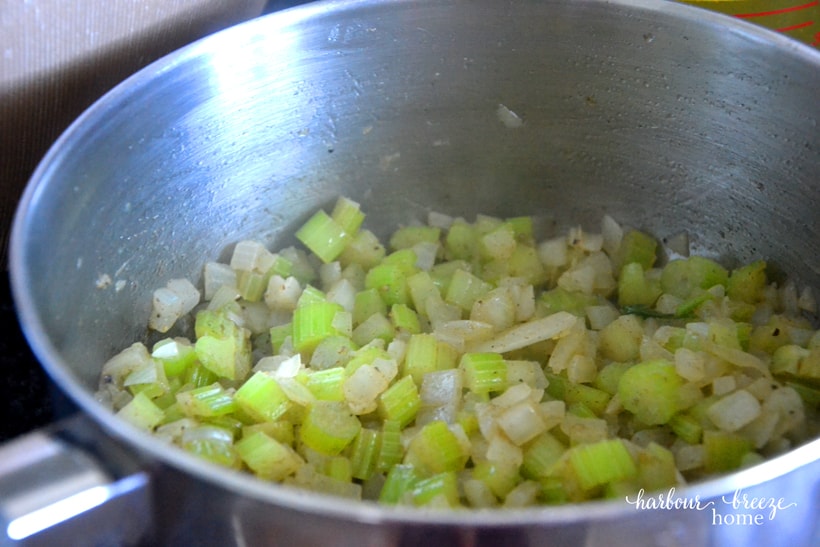 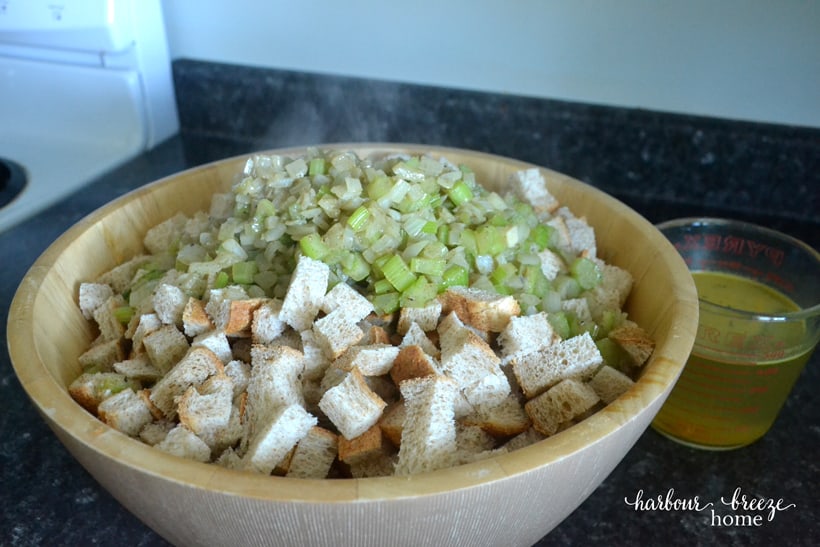 Add the sauted veggies to the bread cubes and stir. 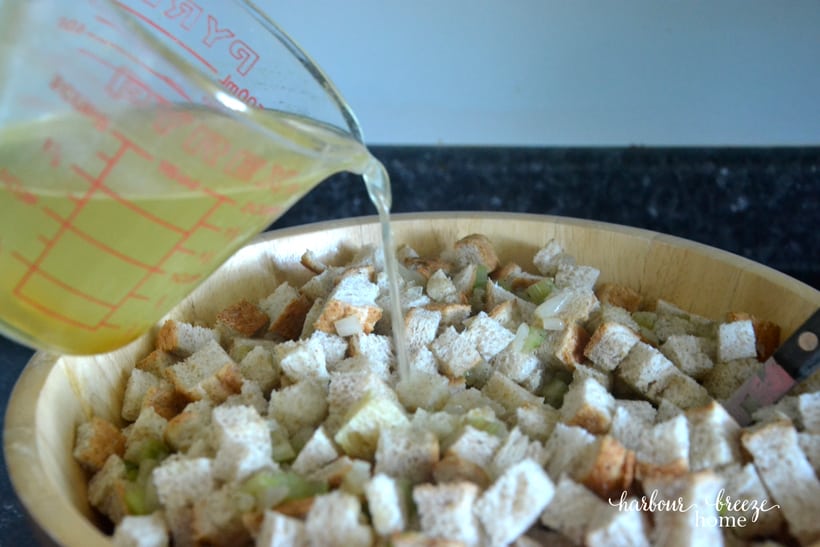 Pour over 2 cups chicken broth and stir with a spoon and then mix together with your hands. 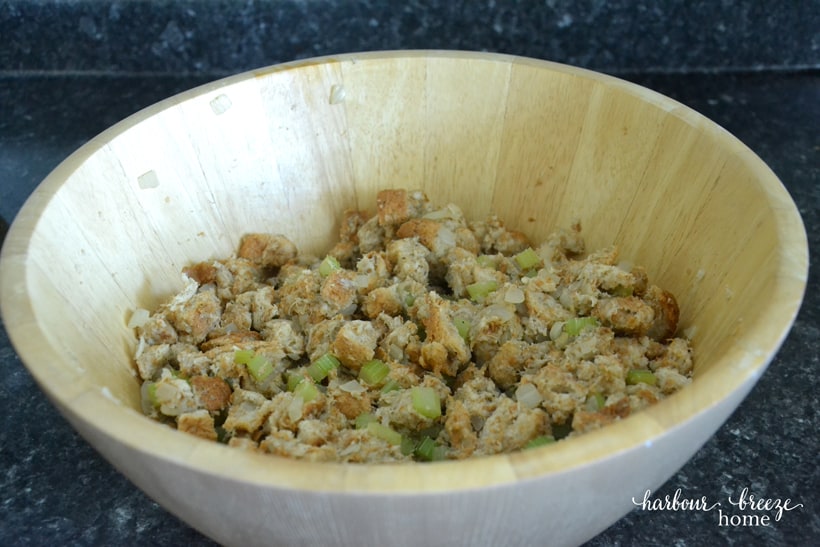 Keep mixing together (and adding more liquid if needed) until the stuffing sticks together. Taste it to see if it has enough spice. If it isn’t flavorful enough, add more salt, pepper, sage, & poultry seasoning, and adjust to your personal preference. 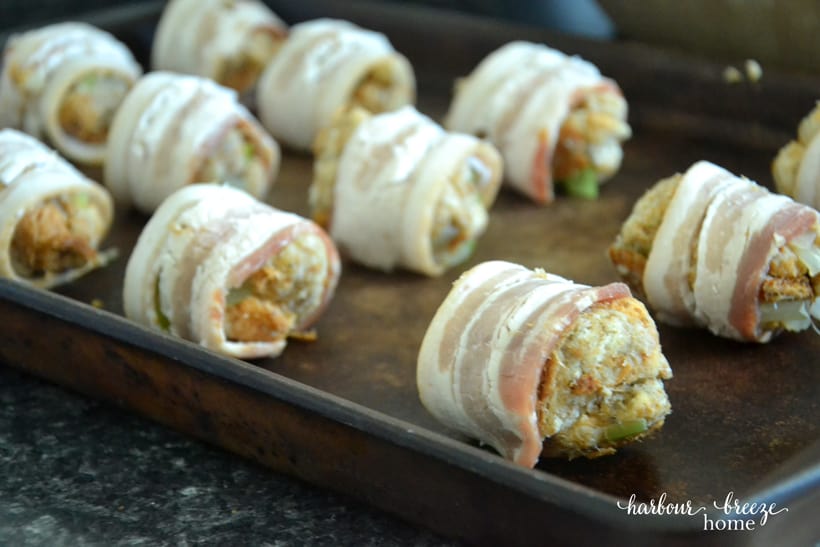 Roll the stuffing into small balls (about 3 inches) and wrap around a half slice of bacon. 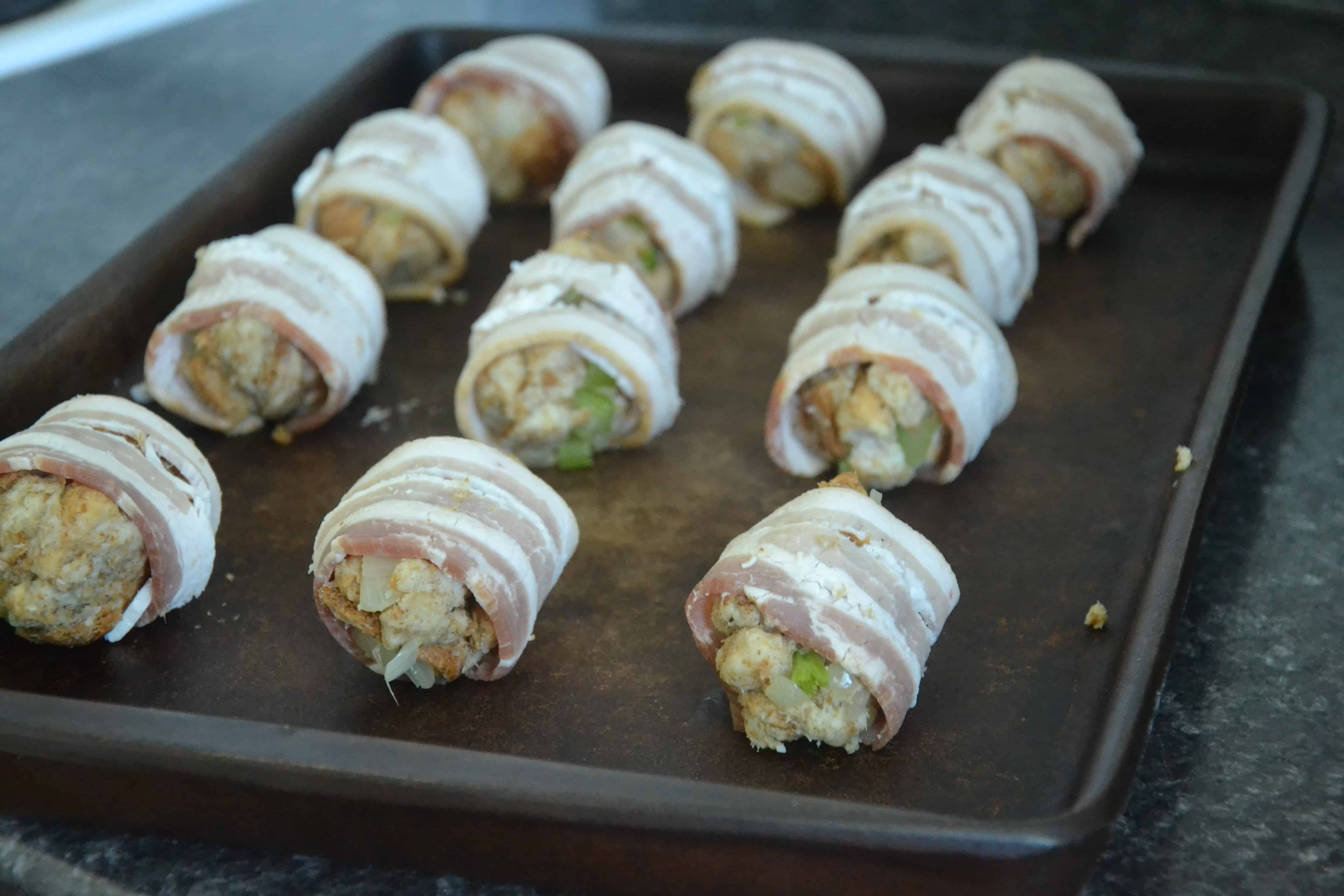 Place the stuffing bites with the bacon seam side down onto a pan. I assembled these the day before our turkey dinner, covered them well, and placed them in the refrigerator. 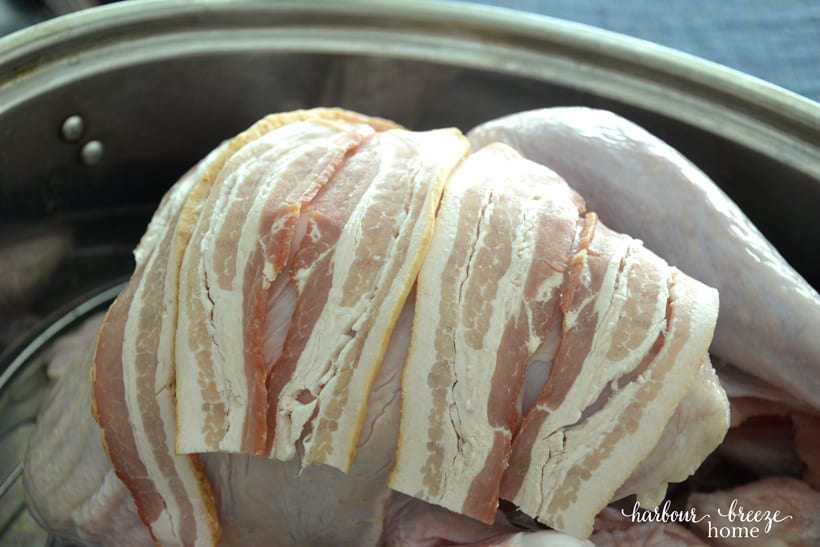 Side note: I saved a few slices of  bacon to lay over the top of the turkey before putting it in the oven, too. This is the “Irish way”!:) 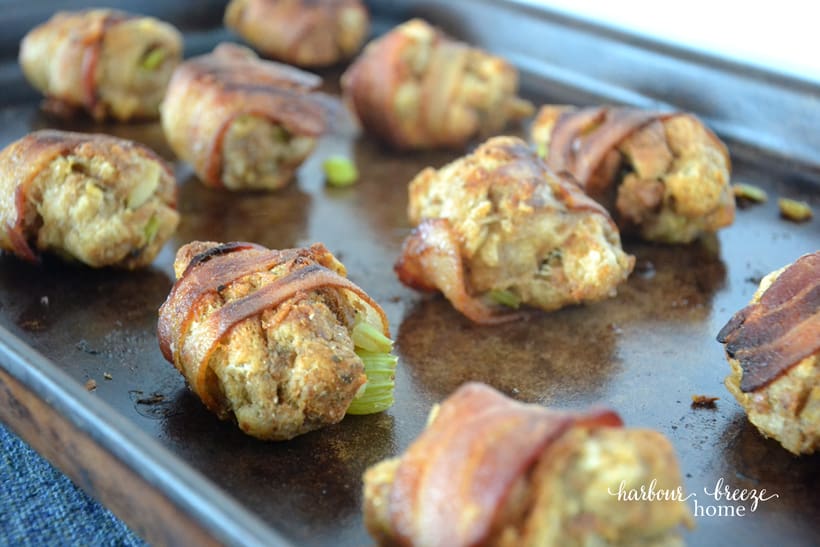 I prefer to use a stoneware pan for this recipe. If you use a glass dish, increase your baking time as it seems to cook slower in glass and takes longer to crisp up.

I wanted ours a little extra crispy, so I turned the oven up to 400 degrees for part of the time. Just keep an eye on it until it is just the right crispy-ness for you!

*Note, the batch of stuffing I made makes a LOT! In addition to these 12 stuffing bites, I placed the rest in a large casserole dish and baked covered for 30 minutes. I figure leftover stuffing is always appreciated!:)

A few years ago, we were a part of a Christmas dinner potluck. It was hosted by a delightful couple from Ireland. As we discussed the idea, the lady of the house asked  if we minded if she cooked her turkey the “Irish way”. We all looked forward to experiencing an Irish turkey dinner, but really didn’t know what that would mean.

When we arrived, we were greeted by the nose tingling scent of Christmas dinner, and were quickly introduced to the “Irish way” of Christmas turkey ~ bacon!

I learned from my friend that night, and for the recent Thanksgiving dinner we had here, I decided to try out the Irish idea we so enjoyed that night ~ bacon wrapped stuffing.

I’m telling you now ~ It will forever change your turkey dinner experience!!:)

Choose a pin to pin this recipe for later!: 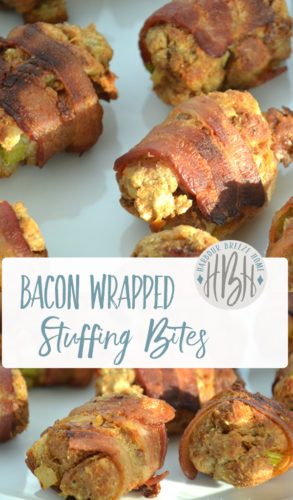 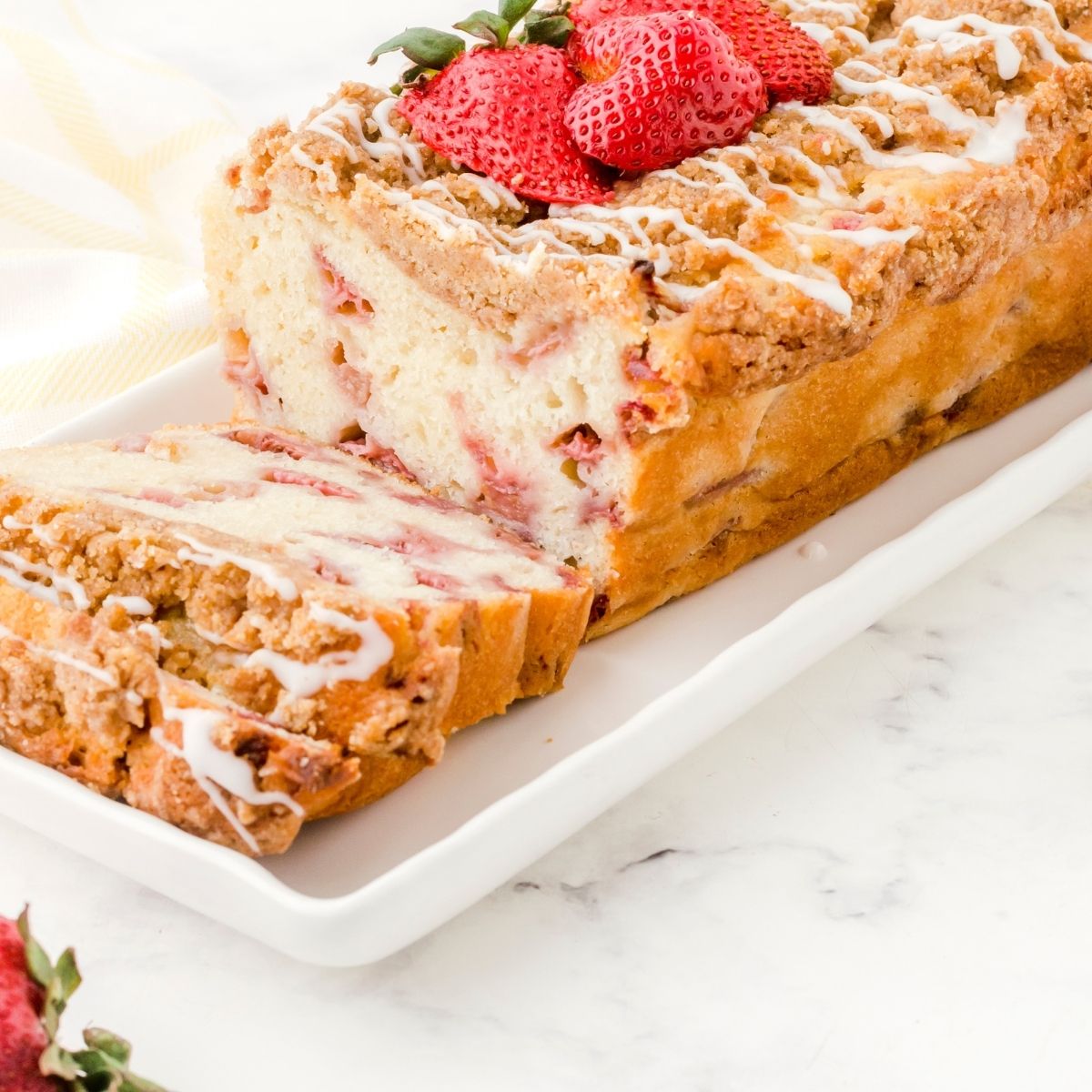 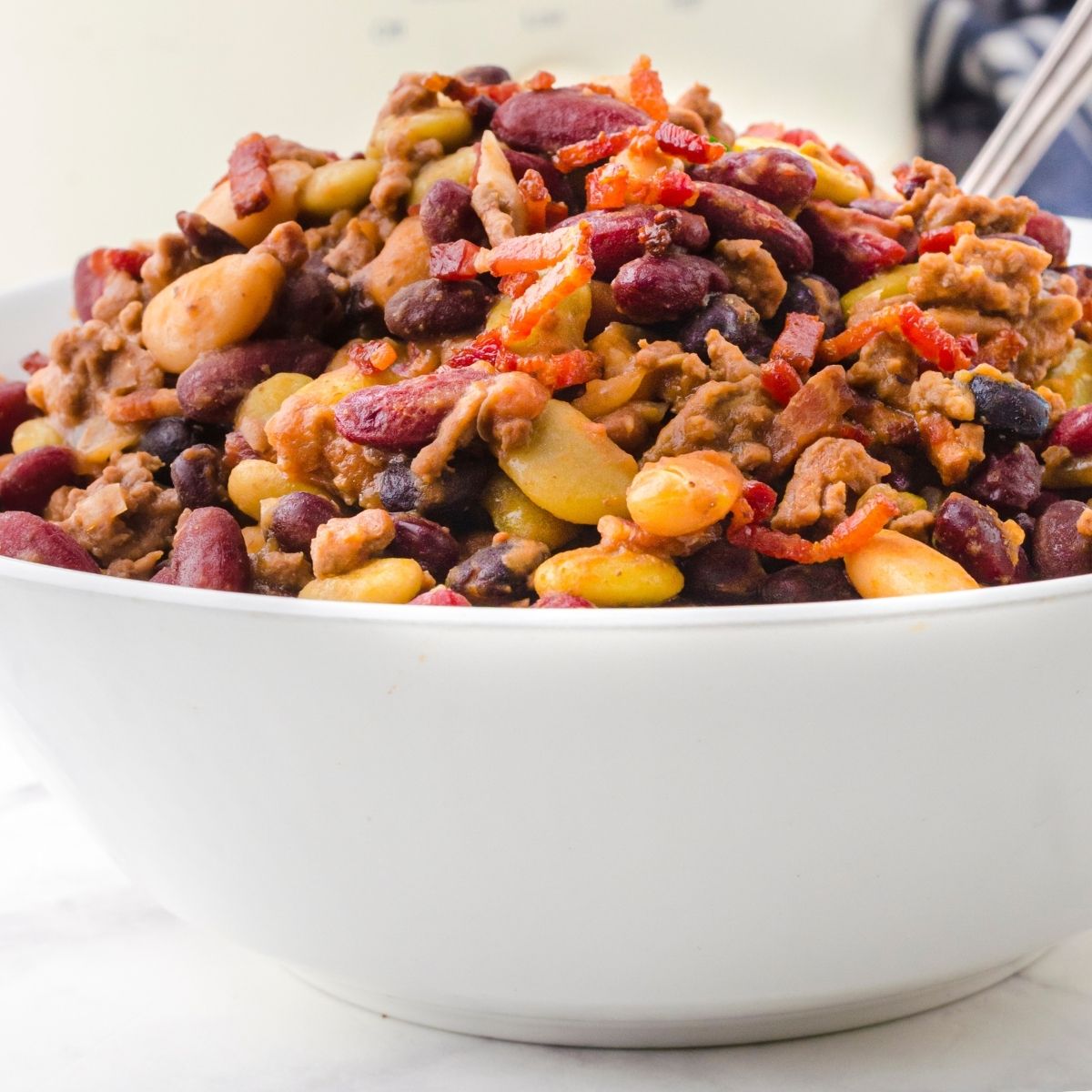 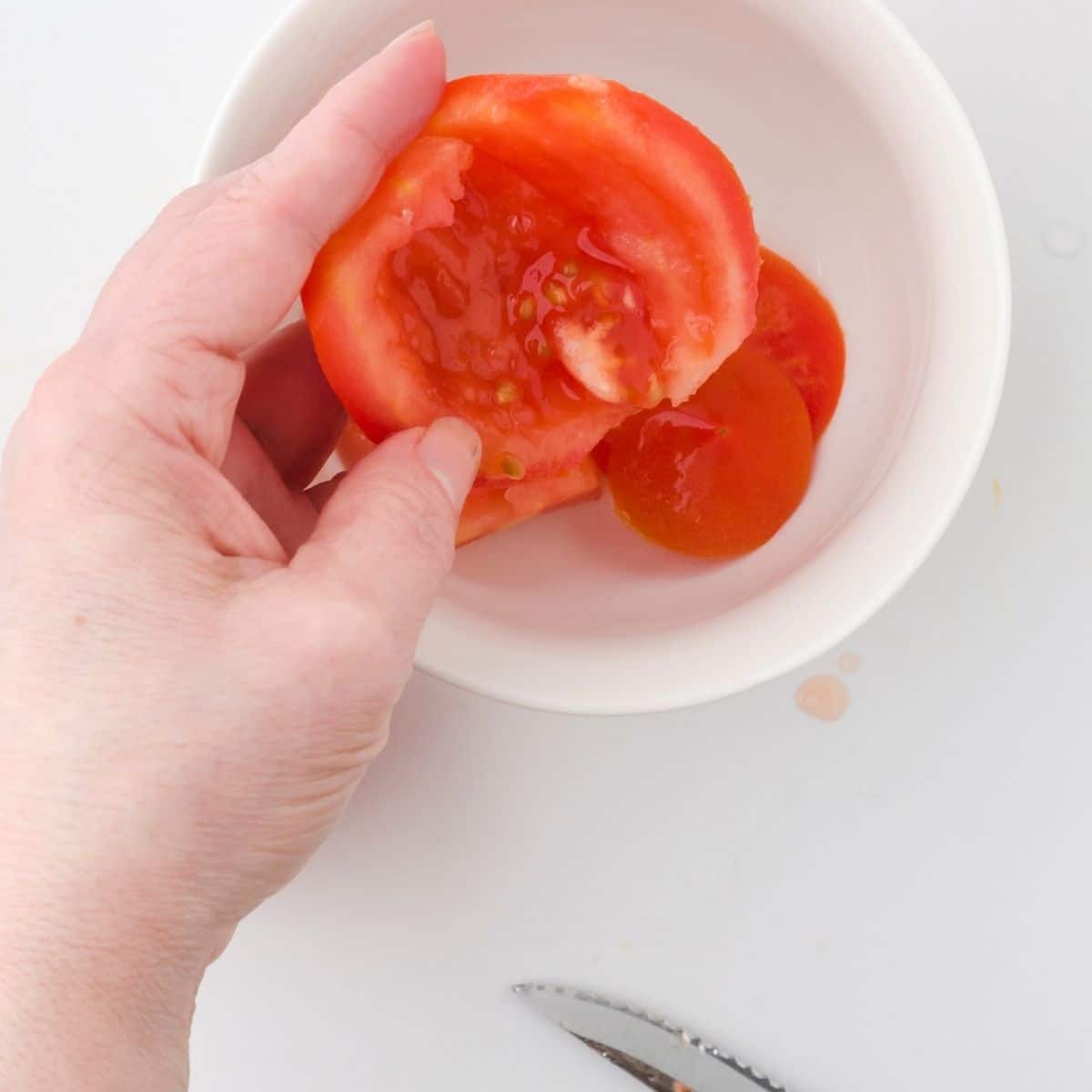 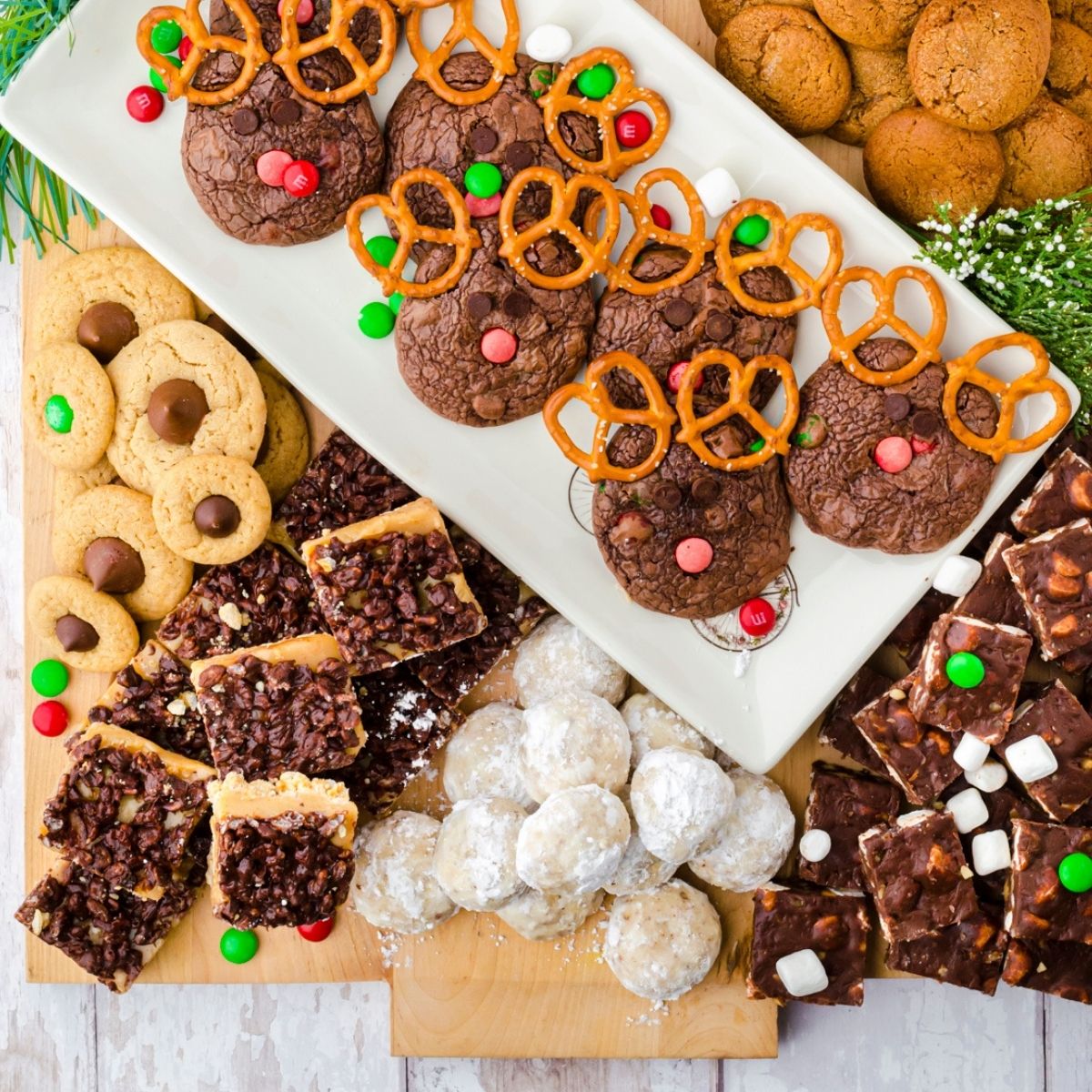 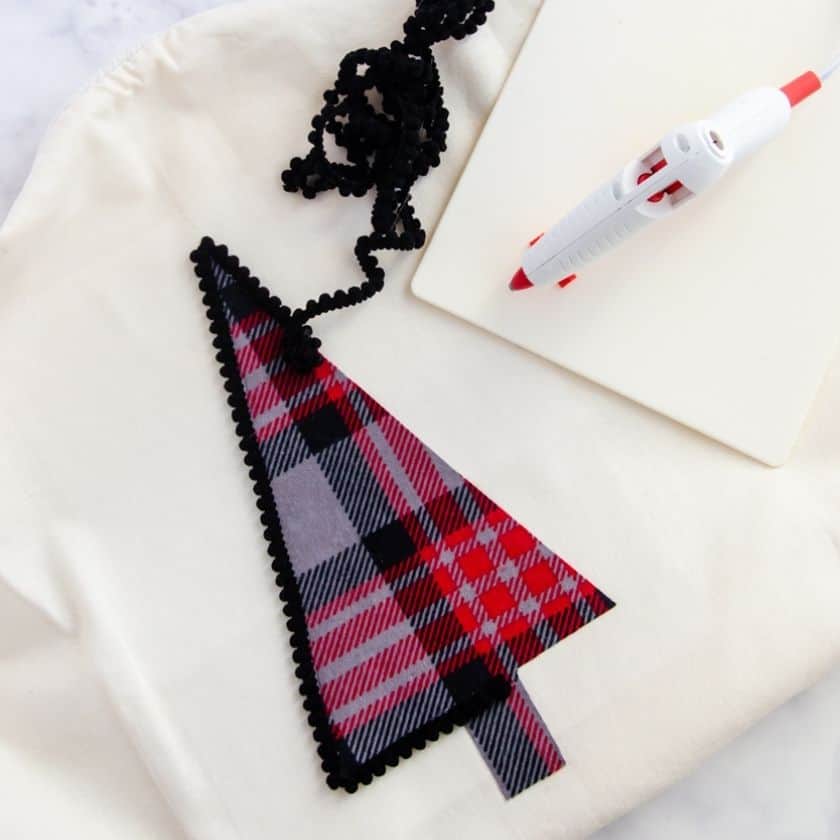 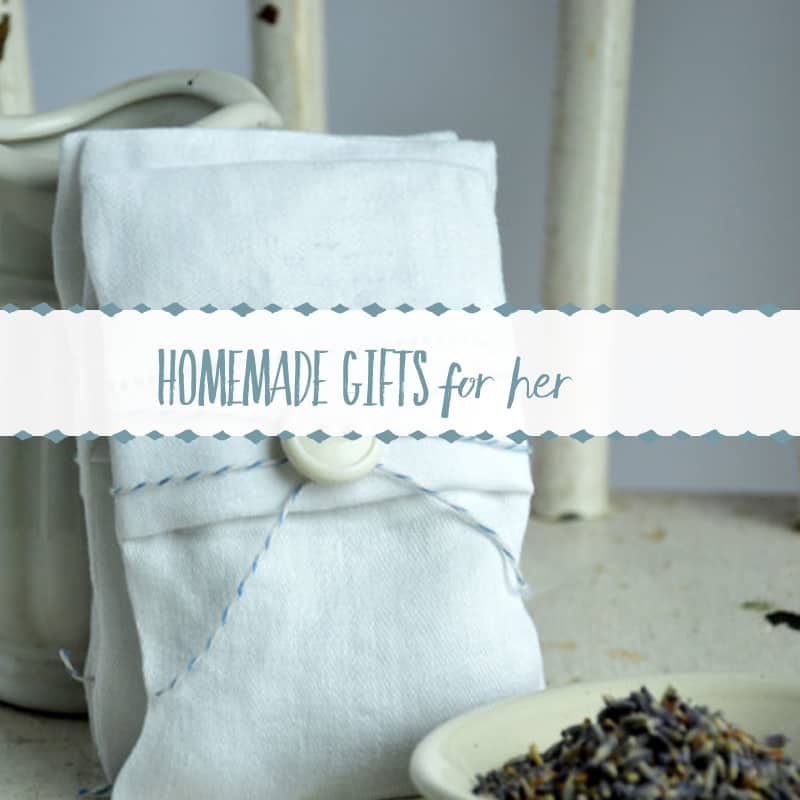