I just arrived home from my Nebraska adventure.  It was a wonderful week.  I’ll tell you all about it soon.  But, first, I want to jot down the airport security lessons I learned today while they are fresh in my mind.  It may come in handy for future travel forays, or may even prevent a bit of embarrassment for you, too.

It all started with stamps.

Steel stamps, to be exact.

My friend Kerry-Lea (the friend I was visiting in Nebraska) had a bunch of great craft ideas for me to use here at the camp where we work.  One of them was stamping words on washers and making necklaces out of them.  {They are so cute!}  I was concerned that I wouldn’t be able to find the special steel letter stamps here in my neck of the woods, and rejoiced with dancing and singing when I found them in her local Hobby Lobby.

I also purchased some fabric, vintage linens, and silver flatware at some amazing Nebraska garage sales.

Yesterday I spent an hour packing my carry on bag.  All those extra purchases made packing tricky.  I used every space saving technique I had ever heard of.  That little carry-on was filled to the gills.

The stamps were snug as a bug in a rug in the very bottom of the suitcase {right alongside all my dainty “unmentionables”…}.

After giving my dear friend a final hug good-bye, I headed on my way into security.

I have the system pretty down…

~Liquids in the plastic pouch

~Purse and sweater in the bin

~Carry-on bag on the counter

And this time, the metal detector didn’t cause any extra alarms or “random” pat down searches.  {Hallelujah!}

A nice older gentleman security guard came up to me, pointed at my carry-on and said,

I  answered in the affirmative, smiled and said “sure” when he asked if he could “take a look inside”.

He set the bag on top of a table across from me, and at first started to gently lift my items.

Then, he just grabbed a big ol’ handful of things and threw them on the table.

That toss was followed by another handful, at which point, I had to hold back a gasp.

My dainty “unmentionables” were now dangling precariously on the edge of the table.

Eventually, he had all my carefully packed items scattered all over the table, and walked over to me carrying the stamps.

“I found the problem, Ma’am. Maybe next time you could let us know about these first.”

He then walked over to my suitcase and started to put things back in.  His  was the “wad and stuff” method.  When he was finished, the items were heaped in a  giant mound and the lid wouldn’t even begin to zip close.

I did.  At that point, I was in a bit of a rush and had to use a form of the “wad and stuff” method as well.  It zipped and all was well…

until I got to security here in Canada.

I thought I was good to go since I had the stamps on the top.

I wasn’t even concerned when the security guard asked to look in my bag.  I quickly pointed out the on-the-top stamps which ended up being just fine.

What she was looking for was the vintage silver.

It was in the very bottom…

right next to the “unmentionables”…

Thankfully, she let me bring it all my silver home.

Except the butter knife.  She threw it in the garbage.

{Do you think it’ll be on E-bay tomorrow?}

Come on in! I'm Rita Joy ~ an "over 40" wife & mom on a home-making journey ~ seeking to daily enjoy the little things and taking simple steps to live life beautifully. Click here to read all about me 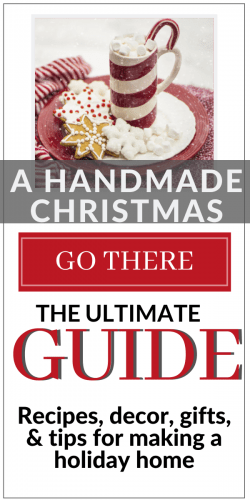 Coffee drinker (served black with a little sweet treat on the side); loves Modern Farmhouse style & sun streaming through an open window; loves to laugh, and her favorite coffee shop date is her husband. Read More…